Physical Switch releases of As Far as The Eye revealed

Do you see it?

Red Art Games has announced that As Far As The Eye, a strategic city builder is getting a physical Switch release, and pre-orders are open today. 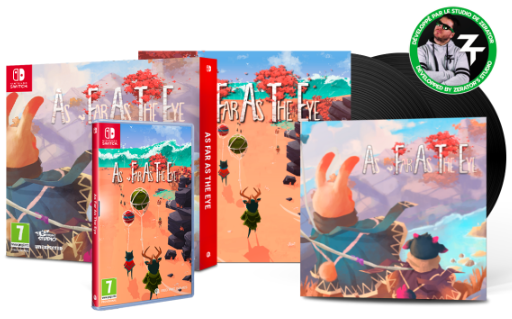 There are just 2,900 Standard Edition copies of As Far As The Eye to go around, which you can purchase for $33. The Standard Edition includes a game box, the game itself, and an instruction booklet. There’s also the Collector’s Edition that you see above, of which there will only be 950 copies. That package, priced at $87, includes the following.

In As Far As The Eye, players have to build a mobile village and travel with their tribe toward the center of the world to a place called The Eye. This roguelike turn-based resource-management game is full of procedural situations, natural events, skill-trees and hard choices. Are you ready to move?

Players play as the wind guiding the Pupils, a tribe that must reach the center of the world. They will have to manage their resources, their buildings, and their lives. Help the Pupils grow wiser through agriculture, crafting, scientific and mystical research before the world is submerged. Be careful though, it is necessary to manage the tribe perfectly and make sure they’re not starving or surprised by the waters.