PREVIEW: An Hour with "Time on Frog Island" 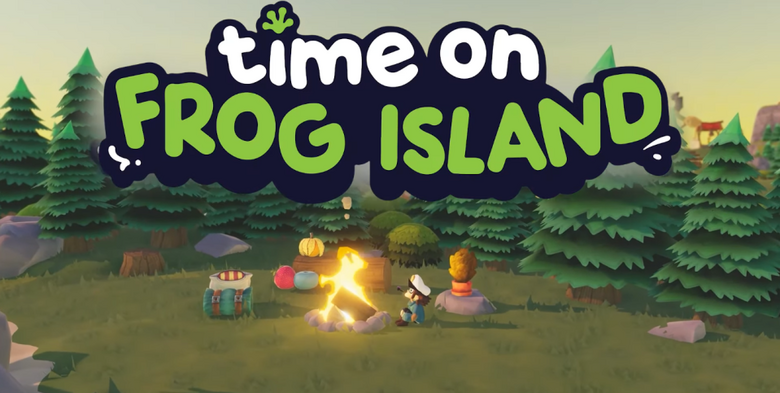 Originally called Trading Time: A Croak Tale, Time on Frog Island is an upcoming sandbox puzzle game by Half Past Yellow and Merge Games. Even though I have only spent a short amount of this game so far, I can honestly say it is shaping up to be one of the most unique and refreshing titles I’ve played in quite some time.

With an intro straight out of The Legend Of Zelda: Link’s Awakening, Time on Frog Island thrusts you straight into a strange, unfamiliar island after a horrible storm shipwrecks you on Frog Island. When I say this game thrusts you straight into things, I really do mean it. After the short intro cutscene, you are on your own, waking up on the shore of a beach. That’s all of the help you get, and you’re truly on your own to explore and find your way from here on out. 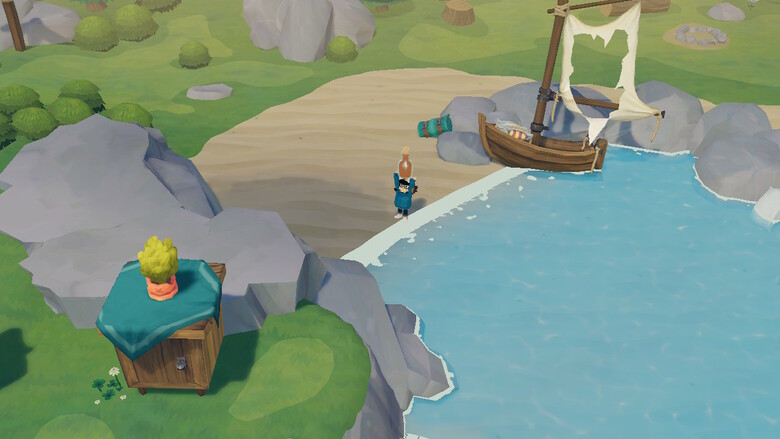 As you may have guessed by the name, Frog Island is inhabited entirely by large anthropomorphic frog people willing to help you fix your ship, but only if you help them out in return. Whether it’s helping the Artist find a new subject to paint, or helping find the Blacksmith and Merchant’s lost dog, every inhabitant of this island has their own goals and desires. In order to fix your ship, helping everyone on this island is a necessity, as you never know who might have the next piece helping you to fix your ship.

In order to fully grasp what this game is about, it’s essential to understand how it plays. Each inhabitant of the island has their own wants and desires and is willing to trade with you if you can fulfill them. Initially, many of the items can be acquired out in the world, but as you start helping around town, you will acquire new items to progress in new trades. Eventually, you start getting items to fix your boat, which I can only assume is the end-goal for the game.

In my short time for this preview, exploring the island showed an impressive amount of goals to work towards, even though I couldn’t complete them. It seemed that every time I headed off to look for an item, I would bump into a Frog or another challenge to work towards. The starting island is quite large, and thus, I spent all of my time there. This island has many memorable locations, starting down low on an expansive beach, and reaching up into the clouds on a snowy mountaintop. However, the biggest and most important section of the island is without a doubt the town. 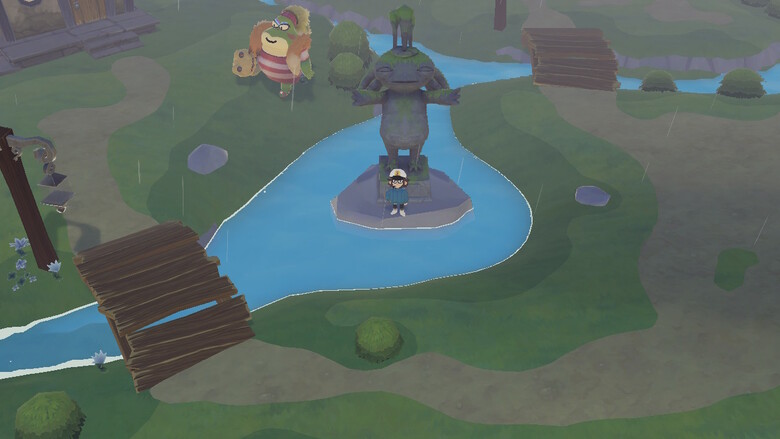 The statue of Axolotl Royalty in the middle of town.

The town is where most of the frogs can be found, each with their own residence that really fits their personality. Each location gives a lot of character to each individual frog, really fleshing them out. For instance, the Chef frog is located in the local tavern, which is home to a large machine that can be used to cook drinks for yourself and the residents. The Chef is by far the largest frog in town, so big, in fact, that they are stuck in the tavern. Despite this, they still give you recipes to help you cook up drinks to serve the town. Every night, the Blacksmith visits the tavern right after all of the other frogs have headed off to bed. Its little details like this really help the village to feel alive, making it that much more fun to explore.

Character design in general is phenomenal for this game; each frog feels very unique, and you can sum up their character just by looking at them. Some frogs are tall and skinny like the Artist, or larger and stronger like the Blacksmith and the Carpenter. Even beyond this, each frog has their own unique clothing style that fits its occupation, such as the Priest frogs in the church who wear cleric robes. It really is a testament to the thought and care that went into these designs, as they tell you so much about the characters. This conveyance is extremely important, as Time on Frog Island doesn’t have any text-based dialog. 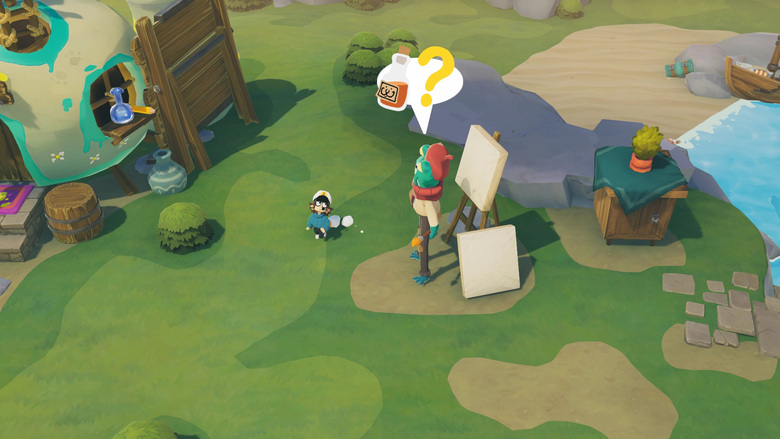 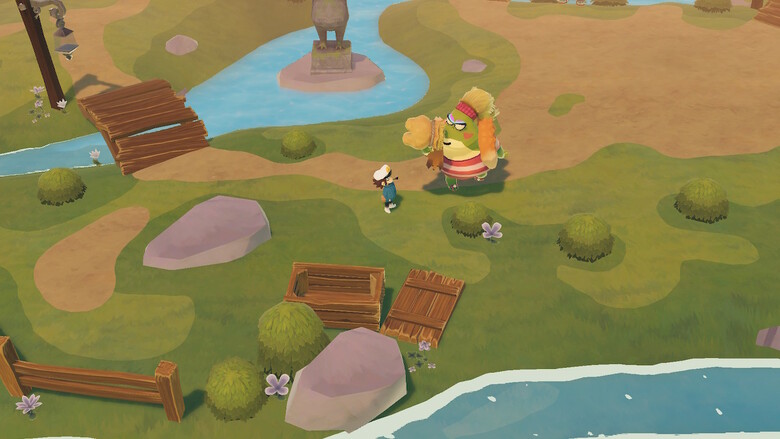 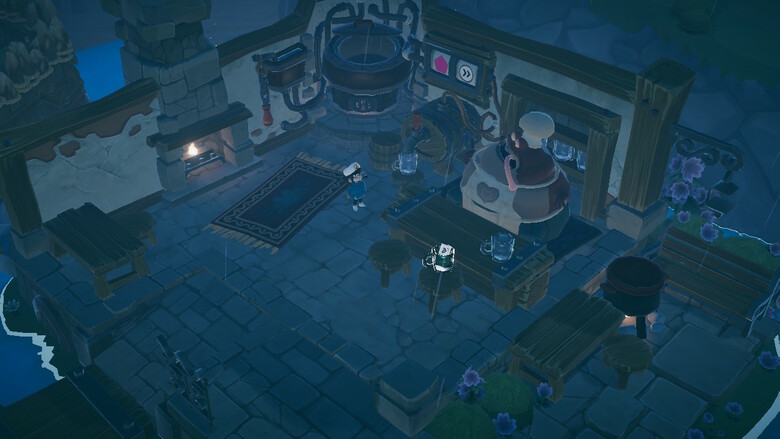 The local Tavern, home to the larger than life chef. 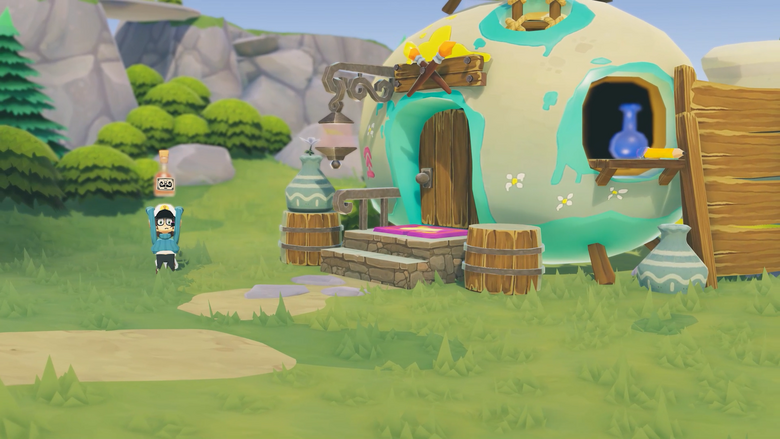 The artist's colorful home.
View All

The lack of dialogue might seem like a strange decision, but it really works for the game. Any item a Frog wants is shown to you as a picture, which makes it easier to find them. Even when handing off an item, if it is correct, you are greeted with a smiling frog emote, or a confused one if you select the wrong item.

Again, this preview only covers the first hour of the game, which is an extremely small sliver of the full package. To me, Time on Frog Island feels like a game meant for discovery and experimentation, which is why I don’t want to share too many specifics, so as to not ruin the experience. Trust me when I say that there really is a ton to do, and there was never a dull moment in all the time I spent playing. 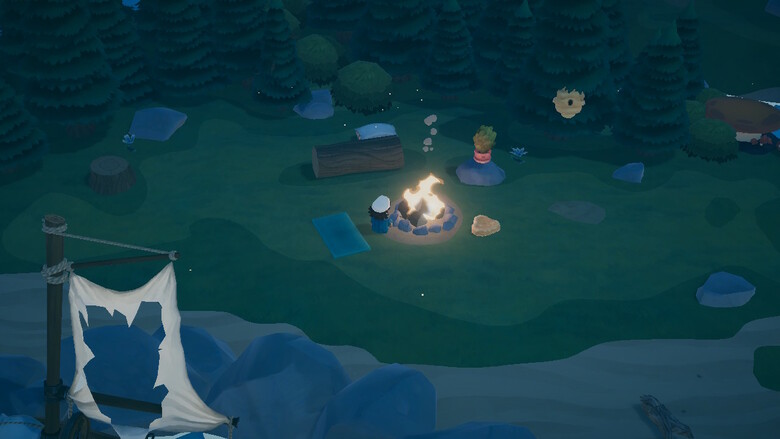 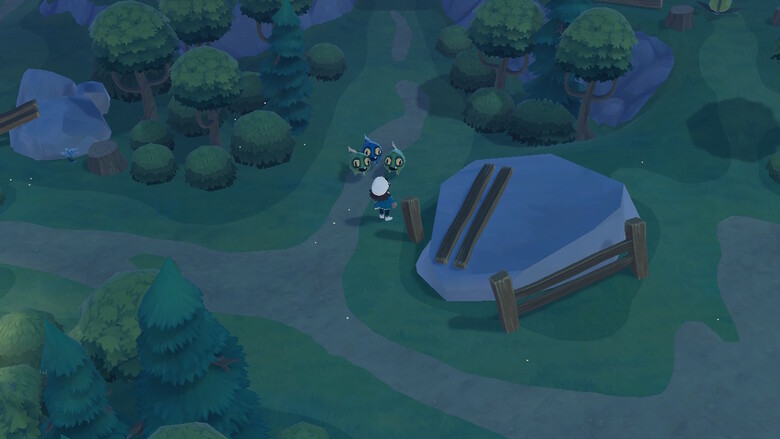 Walking around gathers groups of tadpole dogs curious to see where you are headed. 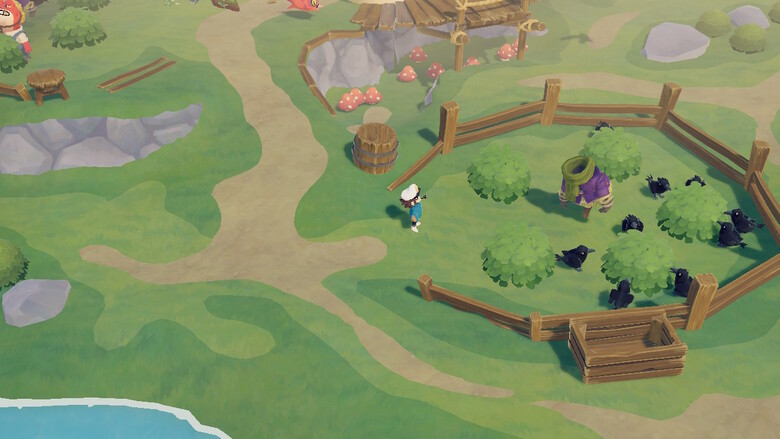 Even though the base gameplay is fairly simple, being composed mostly of running around to gather items, I fell more and more in love with the game every second I was playing. Meeting all of the unique frogs and exploring their little island is something I can’t wait to do more of.

If you have a Steam account and want to try out the game for yourself, a free prologue is avaliable here. The full game launches June 27th, and is available on switch physically here. 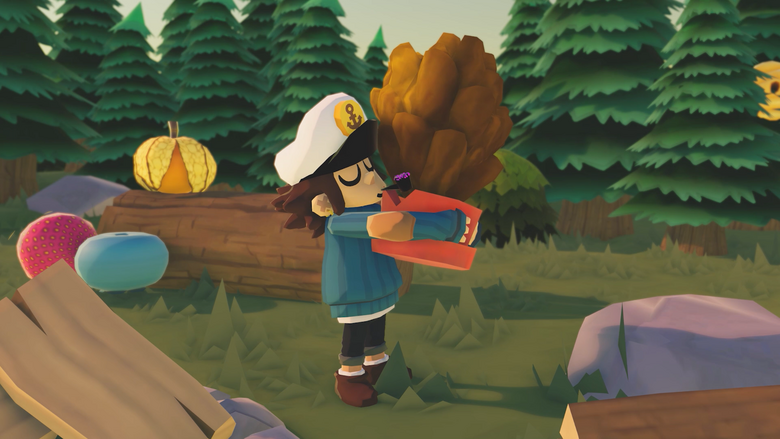