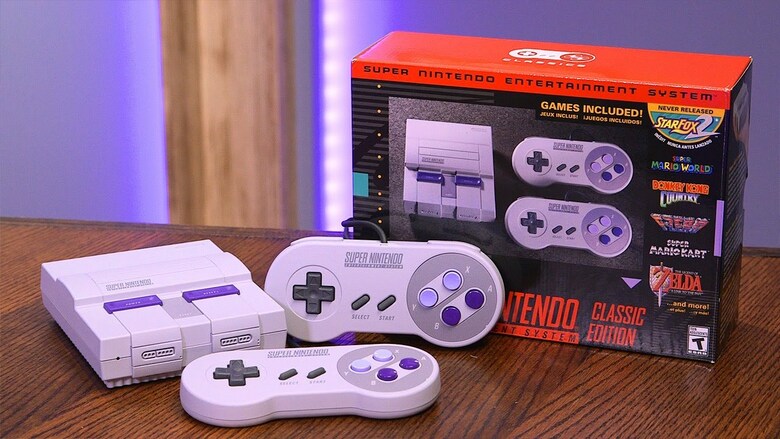 When Nintendo was facing rough times with the Wii U, they turned to alternative methods to make some money. That gave us the NES and SNES Classic Edition, both of which sold millions and were hits around the world. Now we know that in the UK in particular, these devices were extremely successful.

The GfK, which tracks game-related sales in the UK, has shared some stats showcasing the best and fastest-selling “retro, micro and TV consoles” in the UK, and the SNES Classic stands above everything else. To put things in perspective, over 150 of these devices have released in the UK since 2005, and in total, 1.5 million units have been moved across all of them combined. That figure roughly matches the install base of the N64 in the UK.

We don’t know how many SNES Classic units make up that 1.5 million total, but since the platform sits at #1, you’d have to think it was a sizable amount! Check out the top 10 for both the best-selling and fastest-selling retro, micro and TV console in the UK below. 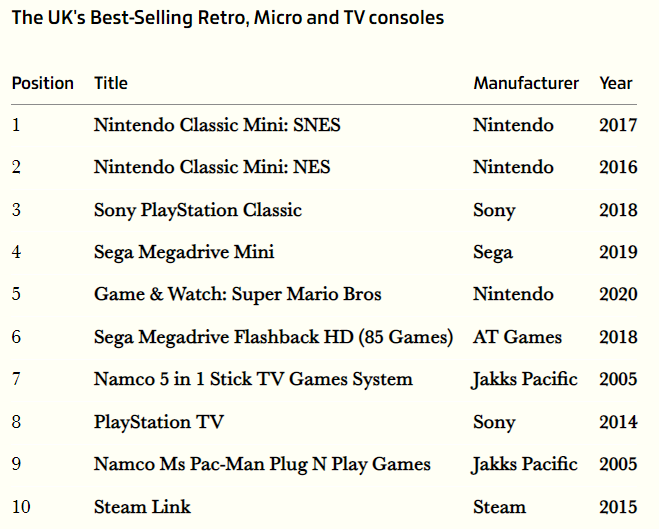 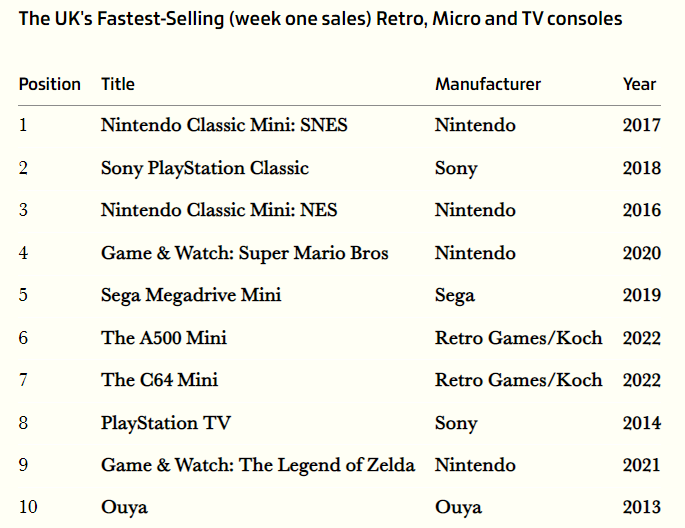