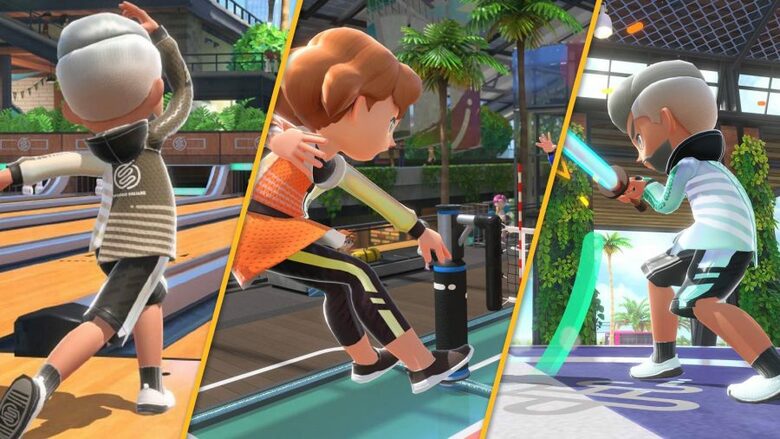 Just last night, we did our weekly round-up of the next wave of Switch games coming to the platform. We share the file sizes for titles coming out in the next 7 days, and as you most likely know, Nintendo Switch Sports is in the lineup this time around. The thing is, there’s an issue figuring out how big the game is.

In our post, we noted that Nintendo Switch Sports was 1.4 GB. While Nintendo usually releases games that are quite small file size-wise compared to what other companies are putting out, I was still surprised by that diminutive download when I spotted it. Discussing in the comments from reader Mereel gave me reason to double check what I wrote, and that’s where I noticed an issue.

The Nintendo.com listing for Nintendo Switch Sports shows the game as 3 GB, but the Switch eShop listing says 1.4 GB. Nintendo.com says ‘game file size,’ while the Switch eShop sales ‘required space.’ Furthermore, as pointed out by reader Sligeach_eire, the Nintendo UK page for the game shows the file size as being 1.52 GB. The difference between 1.52 GB and 1.4 GB isn’t all that grandiose, but to jump from one of those to 3 GB is a lot.

We’re not quite sure what’s going on here. Perhaps the listing differences have something to do with the various DLC the game is getting. Maybe there’s a sizable change from download space required to install space. Whatever the case, we’ll all get an answer on April 29th, 2022, as that’s when Nintendo Switch Sports launches.