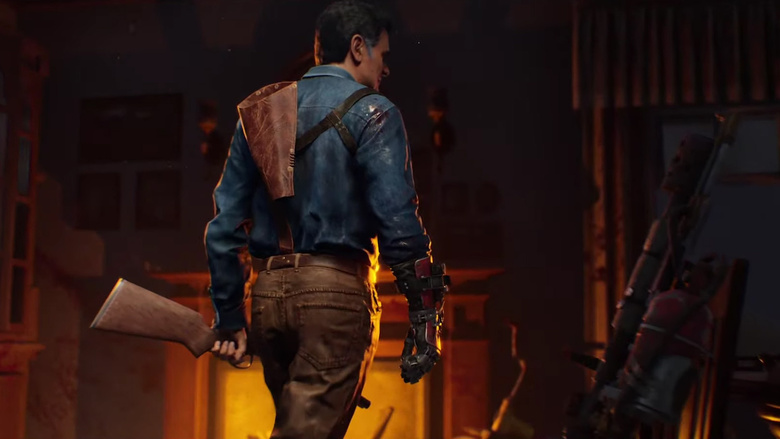 Evil Dead: The Game is hitting all platforms but Switch on May 13th, 2022. The game was announce for Switch some time ago, but it seems near impossible for Saber Interactive & Boss Team Games to lock in a date, or even a specific timeframe.

With Evil Dead: The Game launching so soon for other platforms, fans have been wondering when we’re going to hear more about a Switch release date. There has indeed been an update on the situation via the game’s official site, but it’s not one you’ll want to hear.

While the May 13th release date is trumpeted loud and proud on the site, a new line has been added that simple says, “Also coming soon on Nintendo Switch.” Ah, the old ‘coming soon’ phrase. Soon is relative to the person saying it, so while I might say a month or two would be soon, Saber Interactive & Boss Team Games might think 2022 in general would qualify.

Hopefully we get something more specific than ‘coming soon’ in the next few weeks, but the only thing we know for sure is that we’ll have to remain patient.