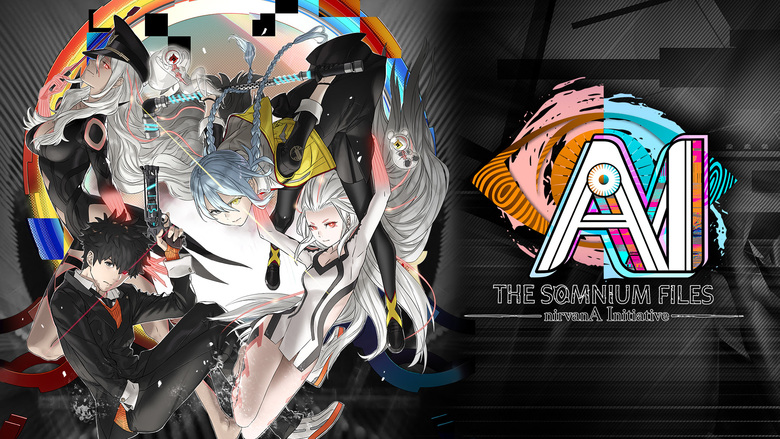 Spike Chunsoft has just released a new wave of details on AI: THE SOMNIUM FILES - nirvanA Initiative. First up, let’s take a look at some character profiles.

An internet idol affiliated with the talent agency Lemniscate. Her idol name is A-set, but her fans call her Tesa. She loves the occult and urban legends. Iris is a senior at Sekiba High, and a member of the dance club.

Iris and Mizuki were present at the studio when the right half of a body suddenly appeared during the webcast of a game show.

A former “Quiz King” turned comedian. His stage name is Andes Komeji. He has made some TV appearances but isn’t very successful.

He was the host of the game show when the right half of a body suddenly appeared in the studio during the webcast. The appearance of the half body marked the beginning of the Half Body serial killings case.

The daughter of the uber-rich Chieda family. A senior at Sekiba High, she is a member of the same dance club as Iris: she’s even won a contest before. Kizuna is good friends with Iris. Through Iris she is also freinds with Mizuki.

Along with that, Spike Chunsoft released a slew of story details, and the finer points of investigative gameplay. You can get the complete breakdown on those features below. 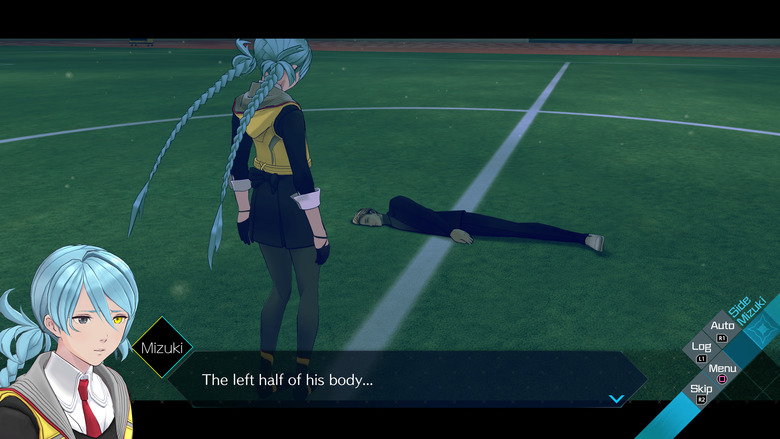 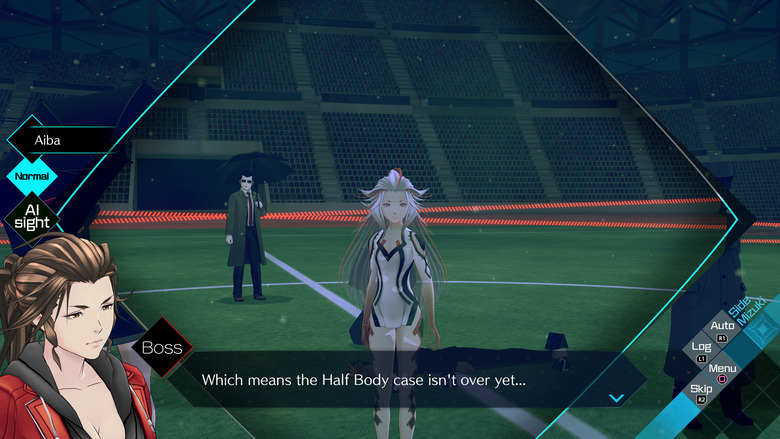 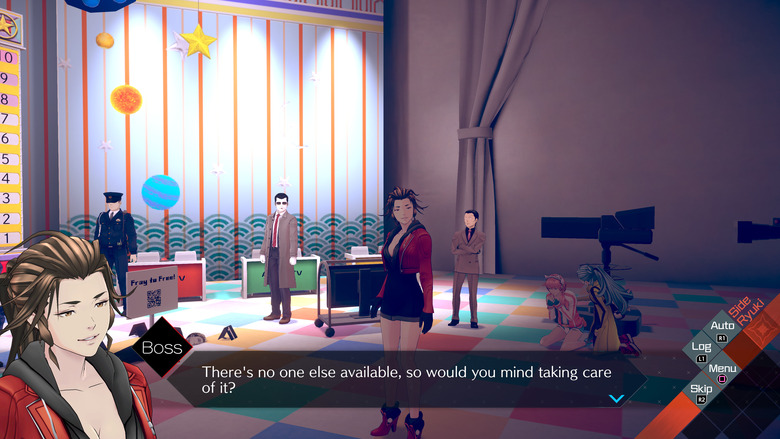 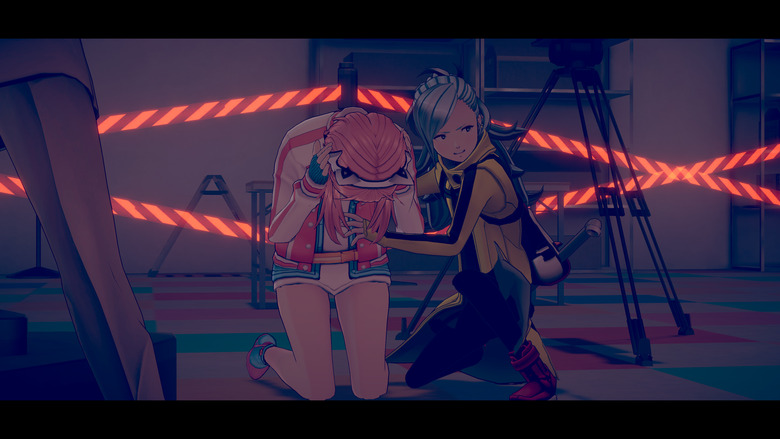 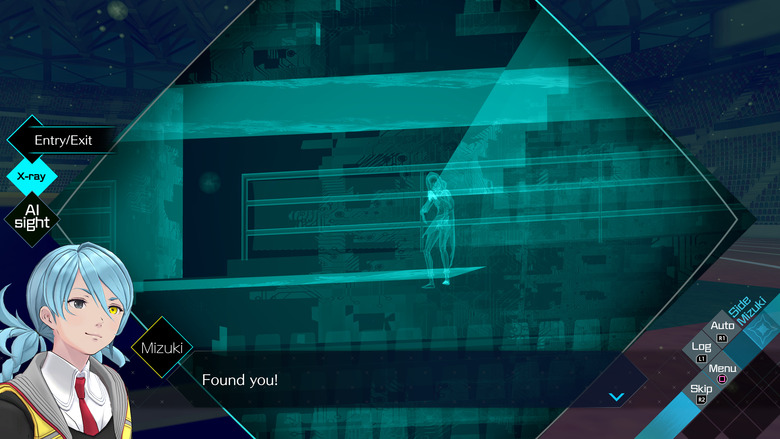 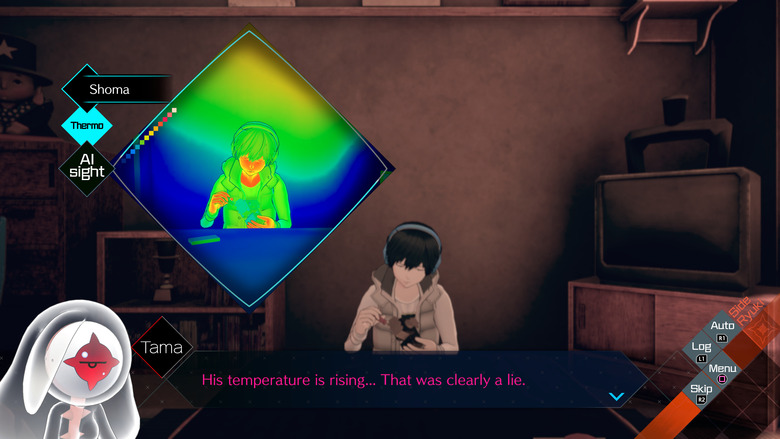 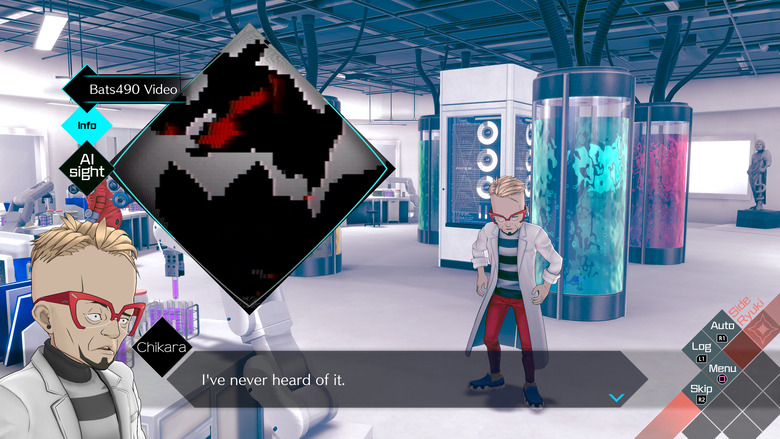 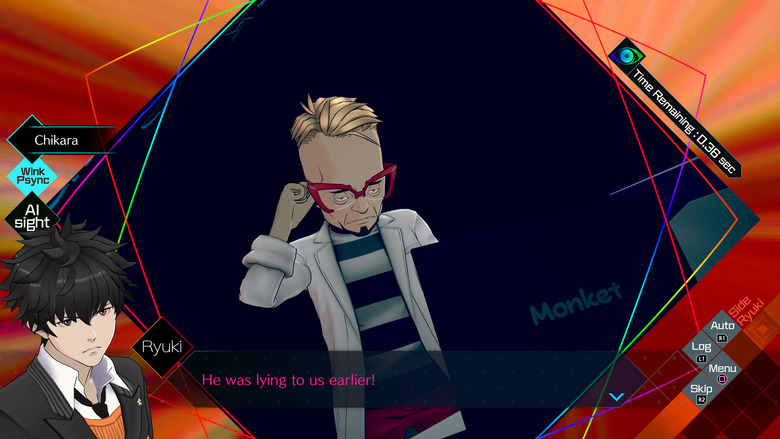 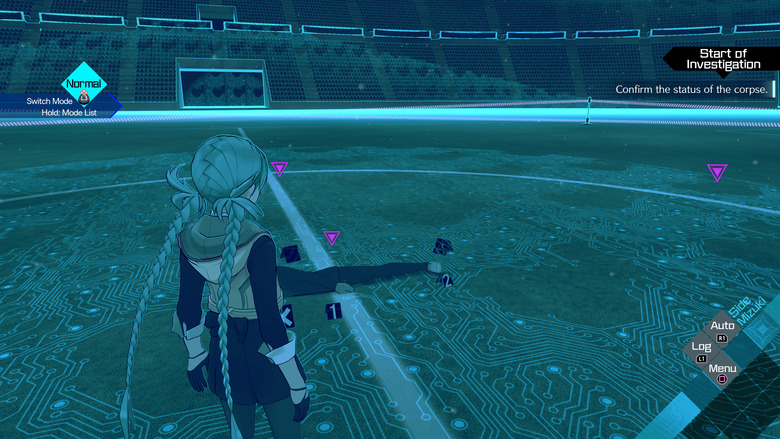 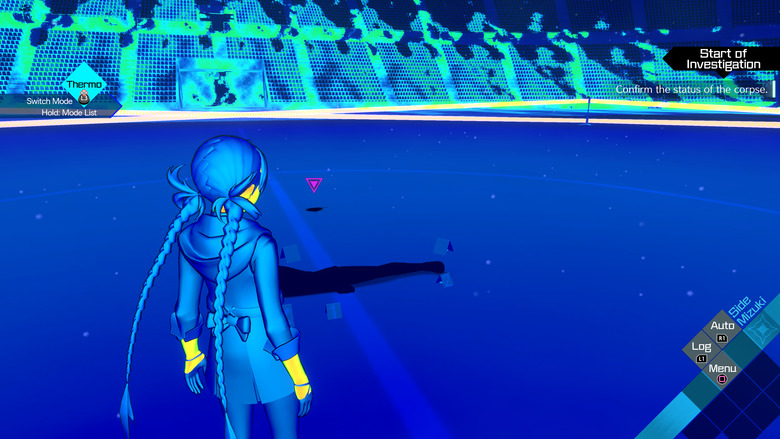 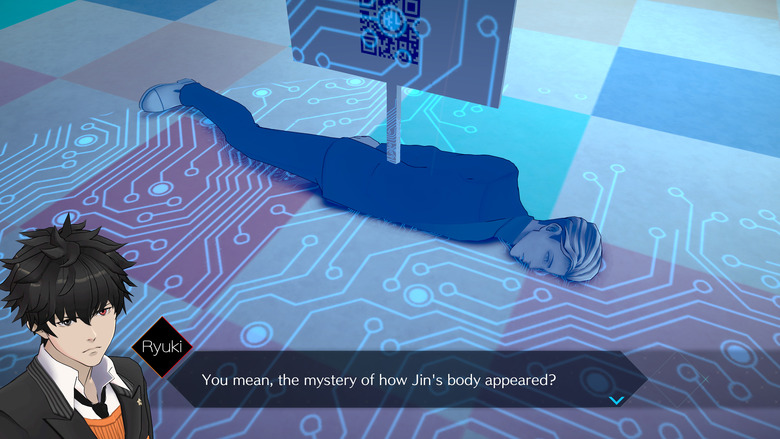 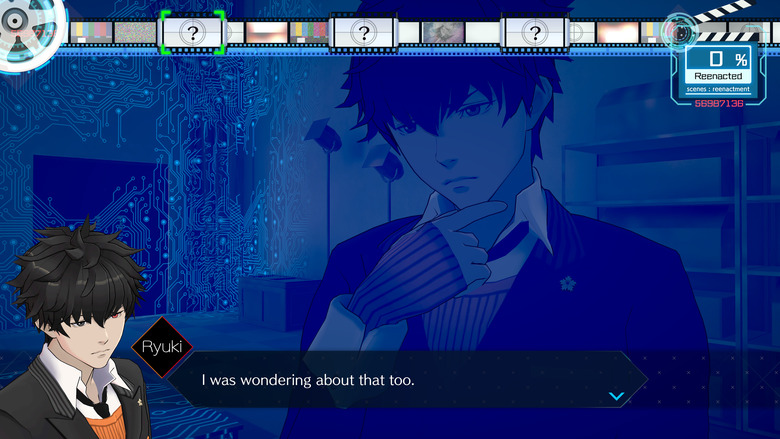 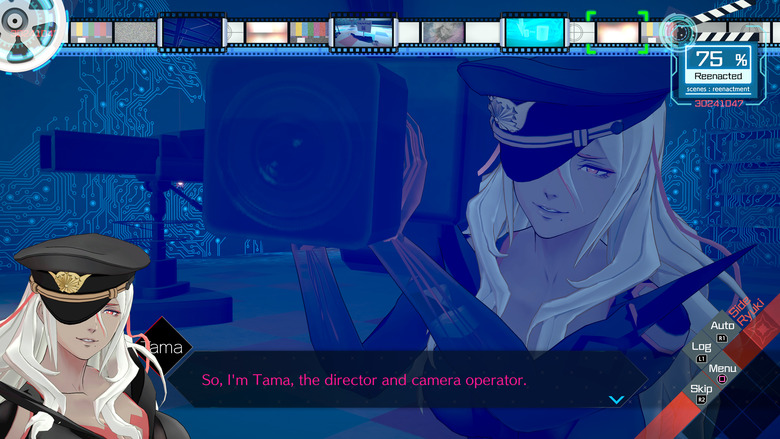 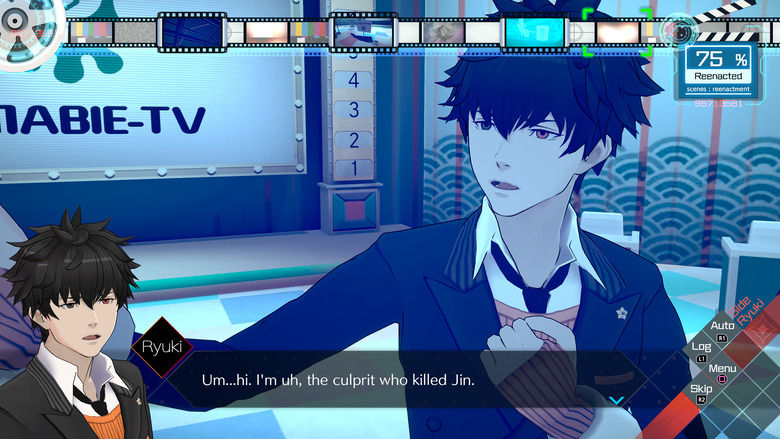 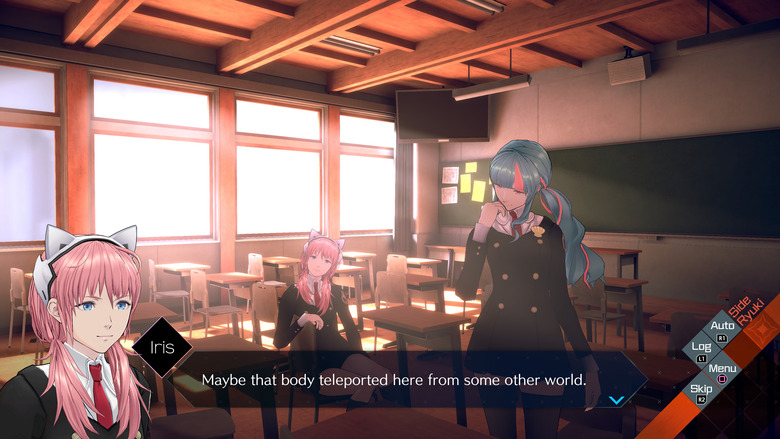 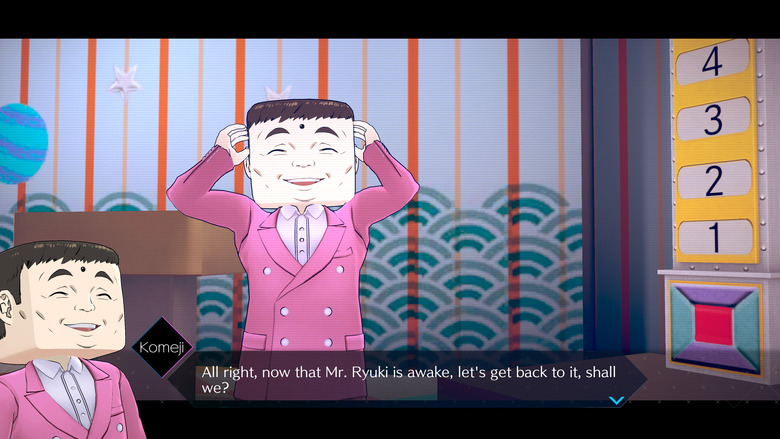 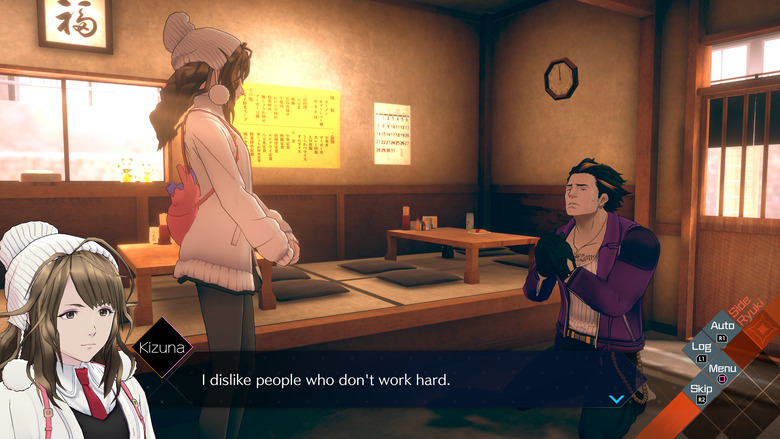 This story is told from the perspective of Mizuki, a newly appointed ABIS agent. Guided by a mysterious message she is the one who discovers the left half of the body. In order to solve the case, she seeks out Ryuki.

Here we see the story of the Half Body serial killings from Ryuki’s perspective. The investigation begins when only the right half of a body suddenly appears in a studio during a game show. Mizuki also appears here as a 12-year-old girl.

The game consists of two parts: Investigation and Somnium. During Investigation, the story unfolds as players navigate the real world, examine crime scenes, and conduct interviews with suspects and witnesses. Here the objective is to gather information and collect evidence.

The main protagonists Mizuki and Ryuki both have a prosthesis in their left eye. This prosthesis or “AI-Ball” is equipped with advanced artificial intelligence, as well as visual functions such as X-ray, thermal imaging, and night vision that can help them uncover clues. Mizuki and Ryuki have used the AI-Ball to secretly see what’s behind a wall or inside a closed box, and even changes in body temperature; something not possible with the naked eye. For the sequel, AI-Ball’s new functions include “Wink Psync”, “Virtual Reality”, and “Truth Reenactment”.

When conversation yields little results, Wink Psync allows agents to easily read the thoughts of others. Wink Psync displays strong memories as dreams to reveal the lies and concerns of other parties.

With Virtual Reality, agents use a recreated virtual space to gather clues. The virtual space includes information scanned from X-rays and thermal imaging. By switching modes, special views can be applied to an entire space for investigation. Using Virtual Reality also involves solving puzzles or codes placed at a scene.

When enough clues are gathered in Virtual Reality, the game moves on to Truth Reenactment. While reviewing the flow of an incident, clues are applied to questions that have emerged, to clarify the truth. If the truth can be revealed without contradiction, agents will be able to see a visual reenactment of the incident.