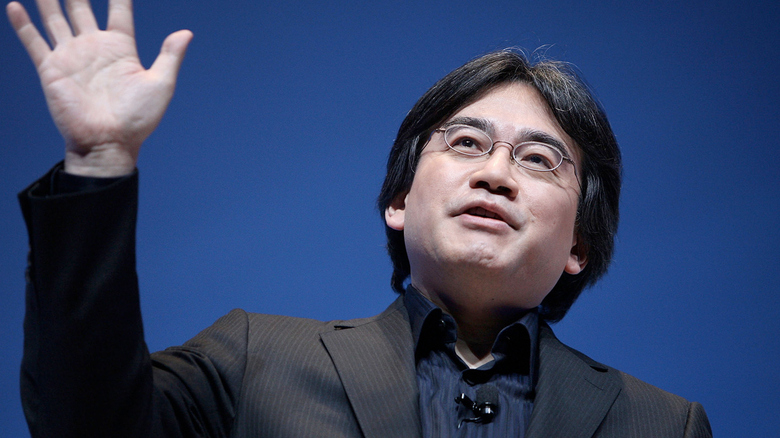 Much has been made in recent days of Reggie’s request to chat with Satoru Iwata during his initial hiring process. Reggie didn’t think anything of a request to discuss business with Iwata, but this move was viewed as quite an outlandish from Nintendo. Reggie even went on to state that asking for the chat might have been viewed as unconventional at best, or arrogant at worst.

When the video conference was set, Reggie expected Mr. Iwata to be flanked by a translator. That wasn’t the case, as the interview included just Iwata himself. It all started with Iwata asking Reggie what he’d like to be called, and Reggie replied just as you’d expect…by saying just to call him Reggie.

During the discussion, Reggie and Iwata talked about what Sony and Microsoft were doing, and how Nintendo planned to take on the upcoming PlayStation Portable. This is when Iwata told Reggie to take the job and come to Kyoto, then he could see how Nintendo was looking to continue their path of innovation in the game industry.

As you know, Reggie did take on the job, which landed him in Kyoto shortly after for a meeting with Iwata, alongside Shigeru Miyamoto. This is when Reggie got a first glimpse at a Nintendo DS prototype, which was the innovation Iwata hinted at during their prior conversation.

Iwata also gave Reggie another great honor during his visit by asking him out to dinner. This was something Iwata and other top brass at Nintendo rarely did, as they usually opted to continue work while eating simple meals at the office. Iwata and Reggie went out for a dinner where they’d share stories about childhood, learned about each other’s passions, and laughed the hours away. This led to Iwata commenting that he and Reggie were quite similar, as both were outsiders that found their way into Nintendo.

Furthermore, Iwata said both men had to understand Nintendo’s culture while also pushing the company forward. This would be accomplished by listening to longtime employees and learning from their experiences. This was the moment in the conversation where Reggie realized that his relationship with Iwata wasn’t going to be a typical boss/sub-boss setup, but instead, more of a mentor/protégé situation.

This relationship would continue to grow as the years rolled on, building a deep friendship between the two. This is why Reggie was absolutely adamant about visiting Iwata in the hospital when he was diagnosed with cancer in Summer of 2014. Reggie reached out to Iwata via email about visiting, and Iwata constantly turned him down. Iwata said this wasn’t something that business associates did in Japan, and no one in the office had made the trip to see him. That led to Reggie responding with the following.

“With all due respect, Mr. Iwata, I want to visit you not as the president of Nintendo of America but as a friend.”

While Reggie doesn’t know for sure, he believes this statement is what finally changed Iwata’s opinion, as Iwata then allowed Reggie to visit him in the hospital. This even led to other employees at Nintendo stopping by to check on Iwata. Soon thereafter, Iwata was given a clean bill of health, and resumed most of his normal work duties.

The following Spring, Iwata had requested that Reggie come back to Kyoto to have a meeting. This was roughly the same time Nintendo had announced plans to enter the mobile market. While Reggie thought the meeting might be able those plans, it was something much more serious in actuality. Iwata called Reggie to Kyoto to tell him that his cancer had returned. Sadly, Iwata would pass away from this second bout of cancer on July 11th, 2015.

In Reggie’s book ‘Disrupting the Game,’ he shares some final words on the relationship he fostered with Iwata over his decade+ at Nintendo. Short but sweet, the message clearly shows how much the two men respected and appreciated one another.

“The friendship that Mr. Iwata and I had was deep. Mr. Iwata wasn’t just my boss. He wasn’t just someone who valued me for my business acumen. He was a friend, and that friendship made a difference, not just in my success at Nintendo but in my life.”