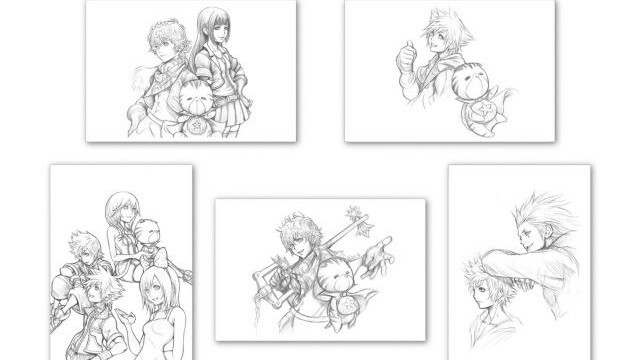 If you thought Square Enix was done with Kingdom Hearts 20th anniversary merch, think again! The company has just revealed a new series of postcards on the way, and they feature art from series creator Tetsuya Nomura art on them.

All in all, there are three sets to pick from, and each includes seven cards. Thankfully, these collections aren’t that expensive at all, priced at just $20 per set. Set A features Sora, Riku, Donald, Goofy and FFVII’s Cloud, Set B uses storyboard art with King Mickey, Terra, Ventus, Roxas, and Axel, while Set C shows off Kingdom Hearts mainline games and Union x, so you’ll see characters like Sora, Roxas, Kairi, Namine, Axel, Ephemer, Skuld, and Chirithy.

If you want to pre-order some of these sets, you can find them all here.