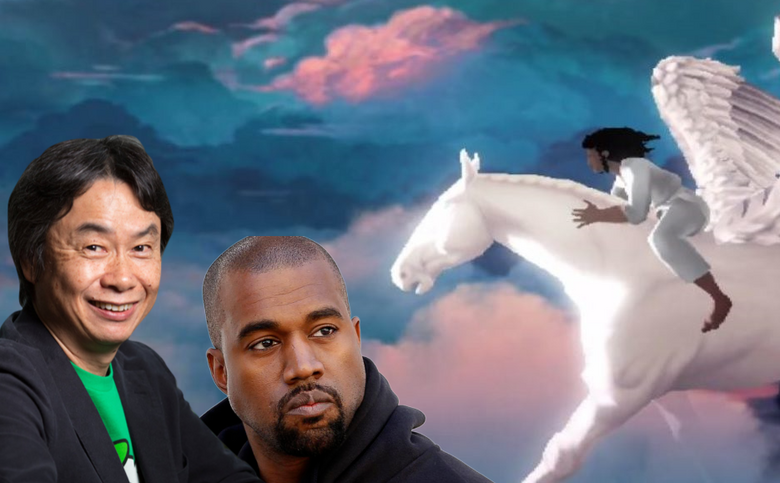 The story of Kanye West pitching a game idea to Nintendo has circled the internet for years now. We’ve heard the stories of Kanye storming Nintendo’s E3 booth back in 2015, and for awhile, people tried to figure out what on earth he was doing there. Shortly after, there were rumblings of Kanye working on a game idea. Later in 2016, Kanye officially revealed the trailer for Only One, a showcase for his game pitch.

Here we are all the way in 2022, and we finally have a bit more insight into why Kanye hit up Nintendo at E3 2015. It turns out he stopped by to talk to the man himself, Shigeru Miyamoto.

Zachary Ryan, lead community producer at Twitch, happened to be interviewing Miyamoto back at E3 2015 about Star Fox Zero. At the end of the interview, Ryan was talking to his rep about music, which is when a Kanye conversation came up. Believe it or not, when Miyamoto heard the name Kanye, he let loose with the now-famous E3 story.

Miyamoto confirmed that Kanye came to Nintendo’s E3 booth and asked for some time with Miyamoto. Miyamoto obliged, and Kanye showed him the prototype for Only One. Miyamoto was extremely surprised that Kanye, of all people, tracked him down at E3 to show off a game idea. Miyamoto also stated that he found the game idea ‘very interesting and moving.’

Finally, Miyamoto ended the story by laughing quite a bit, and then saying, “Kanye West wanted to make a game with Nintendo…wow!,” and then gave two thumbs up!