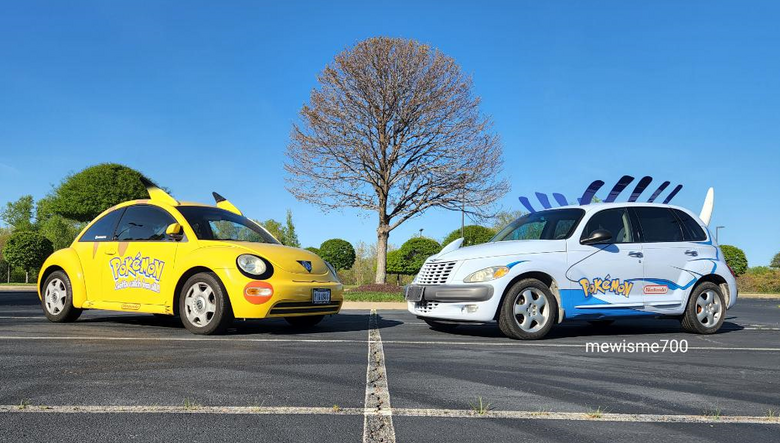 If you’re a Pokémon superfan, it would probably be a dream come true to own one of these cars. All together, Nintendo created 10 of the Pikabugs, and 5 of the Lugia PT Cruisers. With just 15 of the two in existence, getting your hands on even one of them is incredibly rare. That’s why it’s so impressive that Pokémon die-hard Mewisme700 owns one of each.

Yes, believe it or not, Mewisme700 is the proud owner of both a Pikabug and Lugia PT Cruiser. Even more amazing is the fact that they paid just $900 for the Lugia PT Cruiser! For comparison, Mewisme700 purchased the Pikabug a few years back for $8,000. In other words, Mewisme700 got the rarer of the two cars for roughly 9 times less! Now that’s a hell of a deal.