Pixelheart, along with Storybird Studio and Just for Games, have announced that Ganryu 2 is heading to Switch on April 22nd, 2022. This includes both a digital and physical release. 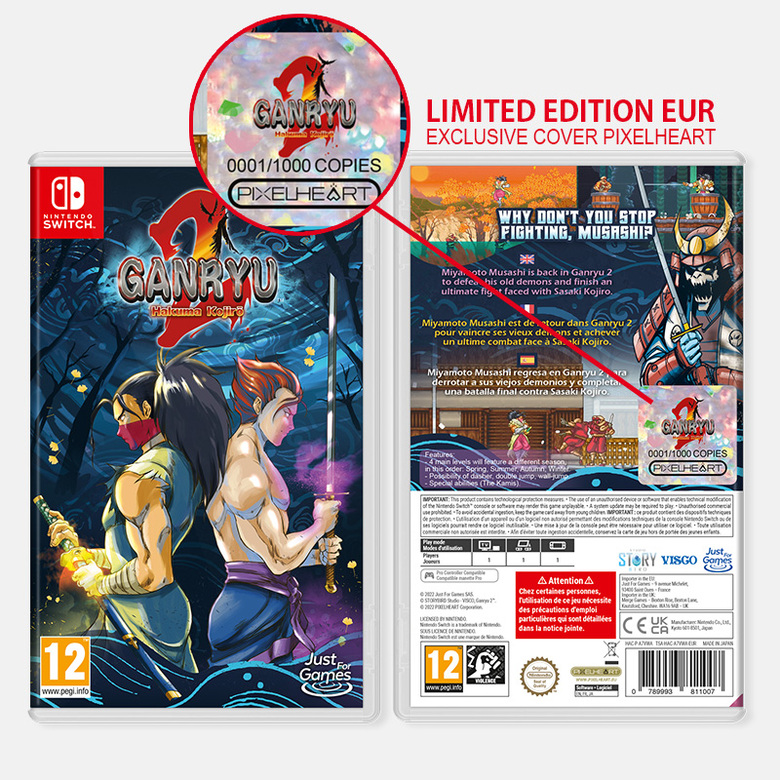 Those who opt for the physical will have two different versions to pick from. There is a standard release to snag, or a limited edition with a unique cover, and other bonus goodies yet to be revealed. For now, you can pre-order the standard version here.

If you want to learn more about Ganryu 2 in general, check out the press release below.

Ganryu 2 is the sequel of the game Ganryu made by VISCO on NEOGEO in 1999. The universe takes place in a feudal fantasy Japan strongly inspired by the story of Takezo Musashi whose adventures are told in a series of books (mainly “The Stone and the Sword”).

Play as Miyamoto Musashi and travel from the North to the South of a fantasy Japan of the 17th century, until you reach the island of Ganryu-jima, where it all began between Musashi and Kojiro.

After his victory against Kojiro, Musashi decided to retire and devote himself to meditation, and even to try his hand at art, in the province of Hokkaido, in northern Japan. During one of his meditation sessions, a spirit contacted him: “Miyamoto Musashi, our fight is not over, we must finish once and for all! All of Japan will pay for your insult! I am waiting for you, Miyamoto Musashi!”

There is no doubt in Musashi’s mind that this voice was that of Sasaki Kojirō. His body has been defeated, but his spirit remains, and his intentions remain destructive. Miyamoto Musashi realized that he would have to cross Japan from north to south and go to the island of Ganryû-jima, where he had already defeated Sasaki Kojirō, to fight him again and free his spirit forever.

A hack’n’slash game inspired by the story of Takezo Musashi “The Stone And The Sword” released in 1930’s by Eiji Yoshikawa and which is one of the most famous story and real samurai in Japan!

Explore a fantasist 17th century Japan through seasons: Spring, Summer, Fall and Winter. Defeat Kojiro in The Floating Fortress and save Japan!

Use your special abilities, kamis, to best your enemies.

A beautiful pixel-art game inspired by classics such as Shinobi 3 and Shadow Dancer.