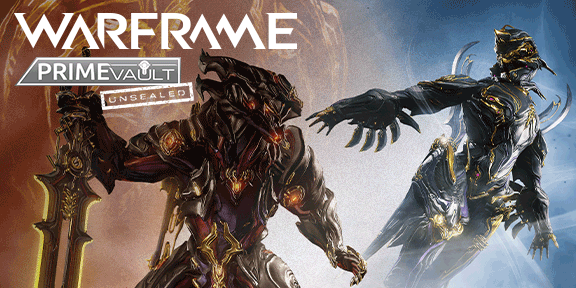 Digital Extremes has cracked open the Warframe vault once again to let out some content that Tennos haven’t had access to in awhile.

For a limited time only, you can hop into the game and pick up both Zephyr Prime and Chroma Prime. These Warframes also come with their signature Prime Weapons and Customizations. All you have to do to unlock these Warframes is purchase a Warframe Prime Vault pack or earn them in-game by collecting and cracking Void Relics.

Zephyr Prime debuted in 2018 featuring higher armor, energy capacity, and sprint speed. In 2021, Zephyr benefited from a rework of gameplay Abilities significantly boosting their damage output and crowd control capabilities. The Zephyr Warframe can be researched through the Tenno Lab in a Dojo and then crafted or purchased from the Warframe Market with Platinum.

Chroma was originally released in 2015, with Chroma Prime making their debut in Warframe in 2018. Chroma’s Element Cycling Passive Ability lets players choose their desired elemental damage type by selecting different colors to better exploit enemy weaknesses. Chroma’s main Blueprint can be acquired by completing The New Strange Quest or purchased from the Warframe Market with Platinum.

If you really want to go all-out, you can take advantage of the Zephyr & Chroma Dual Pack, which includes the following goodies:

There’s also the individual Zephyr Prime Pack and Chroma Prime Pack, both of which are detailed below.