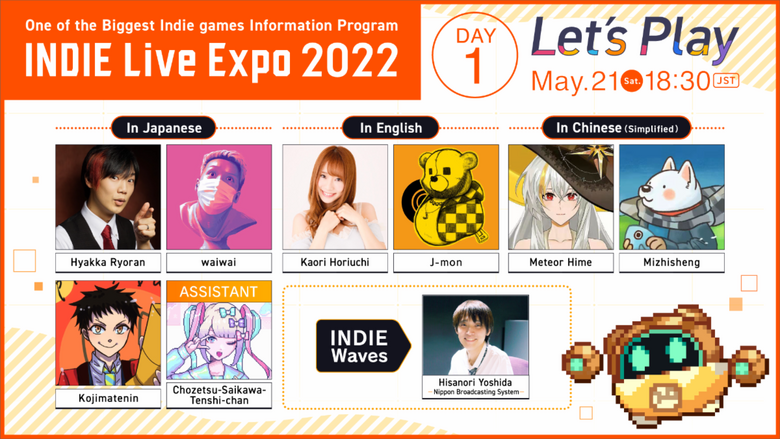 The INDIE Live Expo is returning for a 2022 presentation, which will take place over two separate days. Together, these days will bring premieres, guest appearances, and special segments all centered around indie games. The events will be held on Saturday, May 21st and Sunday, May 22nd, 2022 on YouTube, Twitch, Twitter, and Bilibili in English, Japanese, and Chinese.

Various special guests, including some surprises during ILE, will appear throughout the two-day event, with DAY 1: Let’s Play highlighting currently available and Early Access titles and DAY 2: Premiere focusing on unreleased games. Dainashi, one of Japan’s most popular cover artists of video game music, returns for INDIE Live Expo 2022 for a new performance of indie game music. Both days will kick off their festivities at 5:30 AM ET.