Subnautica & Subnautica: Below Zero are 50% off for a limited time 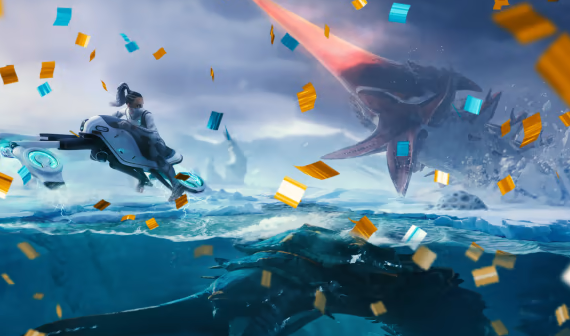 If you’ve been holding out on picking up Subnautica or Subnautica: Below Zero on Switch, now’s the perfect time to jump in. Both games have sold extremely well on the platform, but newcomers are sure to swarm these games now that they’re 50% off for a limited time.

From now until May 26th, 2022, you can get either game for just $15, which is an absolute steal! You can read a quick recap for both titles below.

In Subnautica, You have crash-landed on an alien ocean world, and the only way to go is down. Subnautica’s oceans range from sun drenched shallow coral reefs to treacherous deep-sea trenches, lava fields, and bio-luminescent underwater rivers. Manage your oxygen supply as you explore kelp forests, plateaus, reefs, and winding cave systems. The water teems with life: Some of it helpful, much of it harmful.

In Subnautica: Below Zero, Alterra left in a hurry after a mysterious incident. Abandoned research stations dot the region. What happened to the scientists who lived and worked here? Logs, items, and databanks scattered among the debris paint a new picture of the incident. With limited resources, you must improvise to survive on your own.