Today, Humble Games and Crema announced that Temtem is now locked-in for a Sept. 6th, 2022 release on Switch. There will be a digital release, along with a standard and collector’s edition version.

Temtem is a massively multiplayer creature-collection adventure where players seek adventure in the lovely Airborne Archipelago alongside their Temtem squad. Players can catch every Temtem, battle other tamers, customize their house, join a friend’s adventure or explore the dynamic online world.

When Temtem does release, Crema has already announced plans for some updates they’re working on for post-launch. Those updates include the following.

Seasons: Seasonal updates and a Battle Pass with free and premium awards tracks.

Endgame Island: The final island will be added, completing the Airborne Archipelago. This island will feature new activities through which you can test yourself as a Temtem tamer, new places to shop, and new areas to explore with friends.

New quests: Engage in weekly quests, which will be updated regularly post-launch. 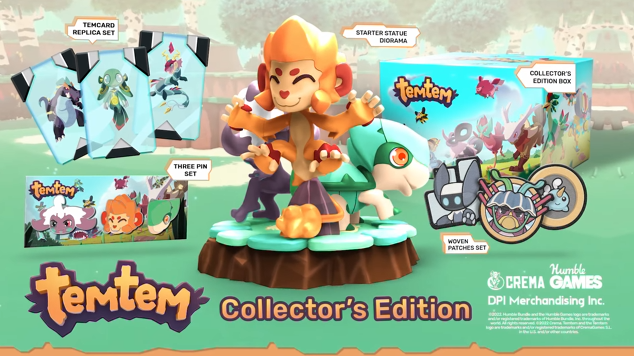 The above-mentioned Collector’s Edition is packed with all kinds of fancy goodies. Picking up that version will net you the following.

Pre-orders for the physical version of Temtem aren’t open yet, but we’ll certainly let you know when they are.

Thanks to d_says_hi for the heads up!
[PR email]