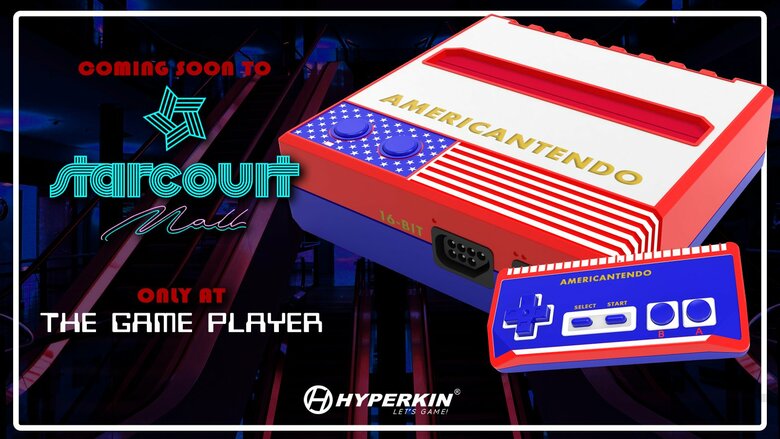 The latest season of Stranger Things dropped, and it actually shows a lot of love to Nintendo. Nintendo is name-dropped a couple times throughout the Season 4, as is the ‘Americantendo.’

Obviously, the Americantendo isn’t a real product, and it’s not real in the world of Stranger Things either. This made-up name is part of a sizable plot point in the fourth season of Stranger Things, so we’ll leave the details secret for those who don’t want things spoiled.

In order to cash in on the Stranger Things hype, none other than Hyperkin has teased the release of their own version of the Americantendo. Of course, they’re not actually making this device, and the mockup is nothing more than a paint job for Hyperkin’s RetroN 1, which is an NES clone.

We’d imagine Hyperkin would have to go through some rather lengthy and pricey negotiations to create an “Americantendo,” but if you want to grab the exact same device with a different paint job, you can find the company’s entire RetroN 1 lineup here.