The Blue Blur and the King of Pop 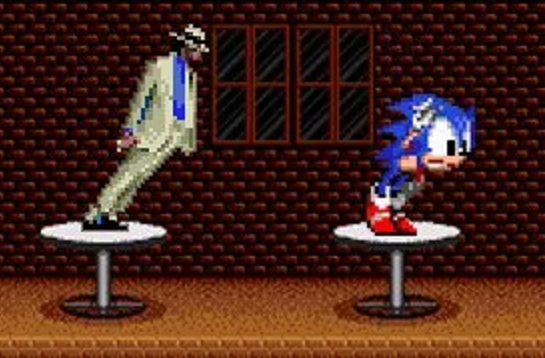 For literally decades now, SEGA fans have been talking about the connection between Michael Jackson and the Sonic the Hedgehog 3 soundtrack. At one point in time, Michael Jackson was supposed to work on the Sonic the Hedgehog 3 soundtrack, but for multiple reasons that deal fell apart. Ever since then, people have wondered whether any of Jackson’s music made it into the game, or if Jackson recycled some of those tracks for his own use later.

During the interview, Michael Jackson’s 1995 single Stranger in Moscow is brought up. At this point, Buxer shares how that classic tune was indeed inspired by the credits song from Sonic the Hedgehog 3. Along with that, Buxer his team handled most of the songs found in Sonic 3, but Jackson did indeed work with Buxer for one specific track. Unfortunately, Buxer didn’t mention what song that was.

It’s taken so long for this information to come out, but year by year, we get a clearer picture. With these latest comments from Buxer, we at least have undeniable proof that Jackson was involved with Sonic 3 in some ways, and the music from that title inspired at least one of his later tracks.

Thanks to Andreslop24 for the heads up!
[Tails Channel]