Make the real (and game) world a better place 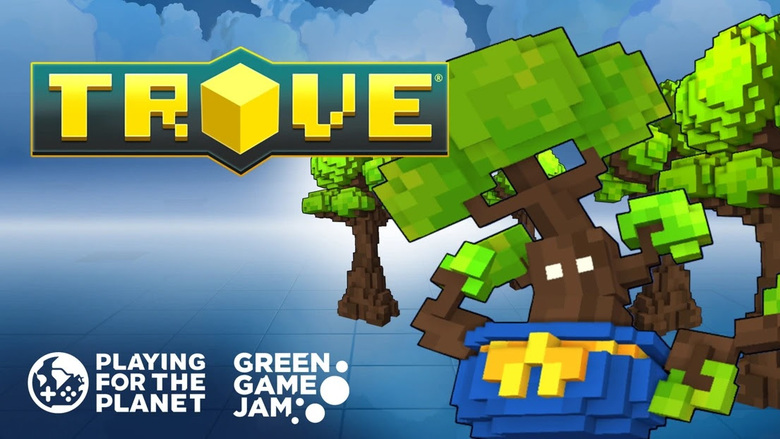 Gamigo has revealed that they’re taking part in Playing for the Planet’s “Green Game Jam” initiative by offering up some new content for their voxel-based MMORPG, Trove. In honor of the event, Trove players can look forward to a Grovin’ and Trovin’ in-game event, and it runs for a full month.

In this event, Trovians will have the opportunity to earn a “Hyper Tree Friend” and “Tree Sapling” seeds in several ways:

One Code to Rule Them All: Just by reading this press release, we’re giving you (and your readers if you’re a member of the media) a unique code that can be redeemed for Tree Saplings and the Hyper Tree Friend. The code is TROVETREE.

A Hunting We Will Go: Do you prefer the old-fashioned method of farming for rewards? So do we! Which is why we are making seeds available to players who would rather dungeon crawl for their Tree Sapling seeds.

Along with earning a Hyper Tree Friend, Trovians can work together towards a community goal of 1,000,000 planted in-game trees. If the goal is reached by the end of the Grovin’ and Trovin’ event, all players will also receive the exclusive “Sapling Sower” as a thank you, but only if they work together.