REVIEW: Fortnite x Marvel Zero War #1 is a Victory Royale in the Making

Marvel and Fortnite get sweaty 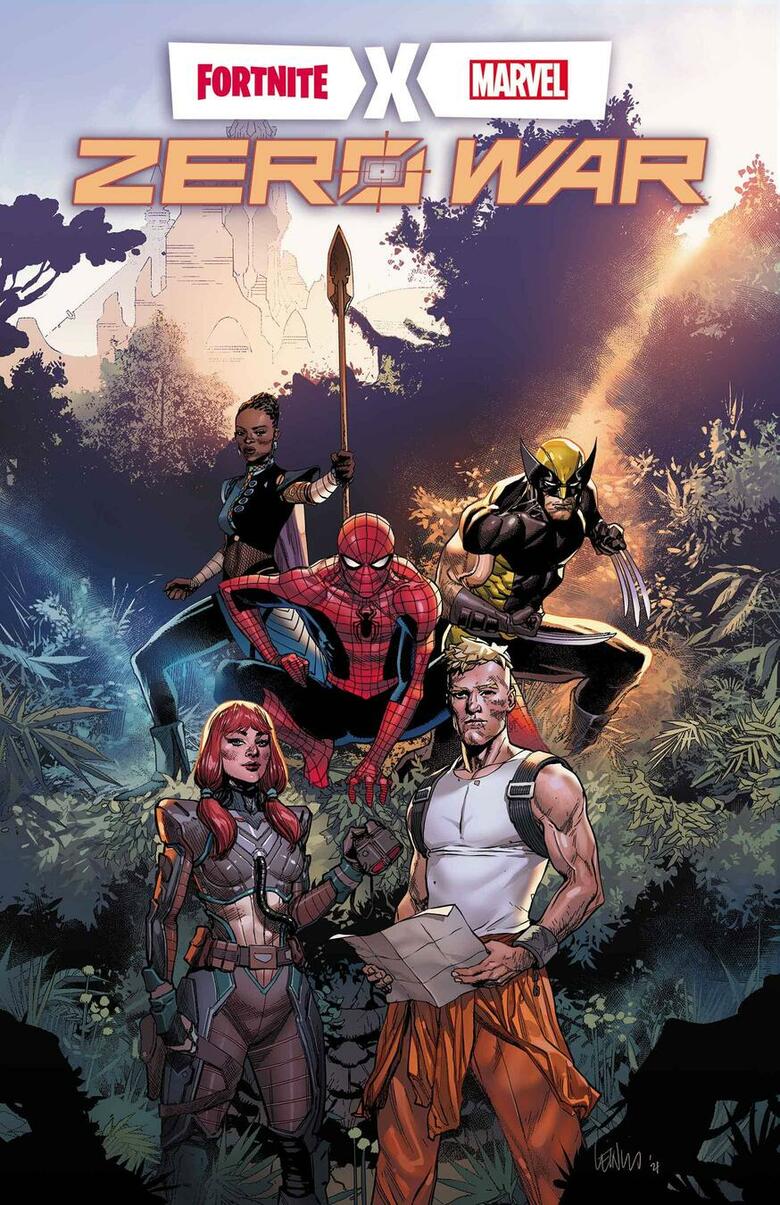 Anyone else notice that guy hiding under Spidey?

Upon first hearing the news, I had some slight worries with this change, as Christos Gage’s writing and Reilly Brown’s art was exceptional in Batman Fortnite: Zero Point, setting a high bar for Fortnite x Marvel: Zero War. While Reilly Brown didn’t return for the art, Christos Gage did come back, and I can happily say his writing is just as great as it was in Batman Fortnite: Zero Point

Proper characterization can be hard to pull off, especially when dealing with a large ensemble book like this, but Gage’s characterization is completely on point. Spider-Man is the best example with his constant quips, which the other characters hate, just as it should be. Outside of characters, the plot is quite enjoyable and works well as an introduction to the story. This issue mainly takes place right before last month’s live event, following a fight against the Imagined Order, which is led by Agent Jones, The Foundation, The Imagined, and Spider-Man. This is a great setting to start with, pushing our characters right into the action with little need for exposition. 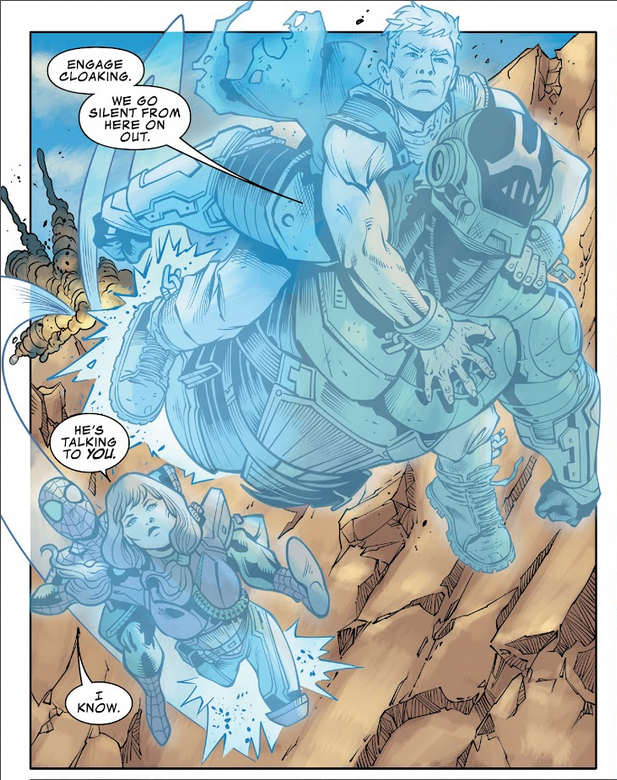 Fans of Fortnite will get to see some of the most recognizable characters from the game’s lore team up with Spider-Man in their fight against the Imagined Order. Spider-Man really was a good choice for this book, as watching him interact with these characters leads to a lot of fun moments and really helps to lighten the mood. Spider-Man also plays a really important role in the story, as he is the catalyst for the entire crossover. Throughout this book, fans also get a good look at the aftermath of Chapter 2’s finale, something that would be hard to show off in Fortnite’s Battle Royale.

For those a little less familiar with Fortnite, the issue features a few glimpses of some of the biggest moments in Fortnite history, including the Cuddle Team Mech and Galactus live events. This was useful even for me, as some of the events mentioned happened before my time. This recap doesn’t feel intrusive in any way and naturally comes up as part of the story, with much of it is being retold to Wolverine (by Spider-Man) in an attempt to recruit him for the cause.

This is where I think the biggest difference from Batman Fortnite: Zero Point arises. Where the Batman Fortnite stories felt like a Batman story set in the world of Fortnite, this book feels more like a Fortnite story set in the world of Marvel. This isn’t a negative by any means, but is important to note for those who may have an interest in Marvel, but not as much in Fortnite. It certainly is worth a read regardless, as it’s a fun adventure all around, and seems to set up for a more Marvel-Centric story.

In any comic, the art is just as important as the story, and for Fortnite x Marvel: Zero War, the artwork really brings the experience to life. Sergio Davila’s art captures the world of Fortnite perfectly, with many recognizable locations pulled straight from the game, and it doesn’t stop there. Many characters from Fortnite make appearances, from Pirate Fishstick to 8-Ball. It’s not just Fortnite either, as a multitude of Marvel characters and locations make appearances, many of which have never appeared in Fortnite before. The previously-mentioned recap moments have some of the coolest art, with near full-page spreads for each event. 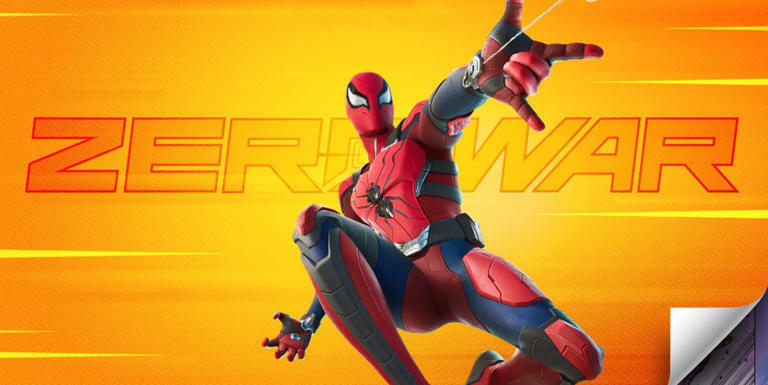 The suit as it will look in-game. 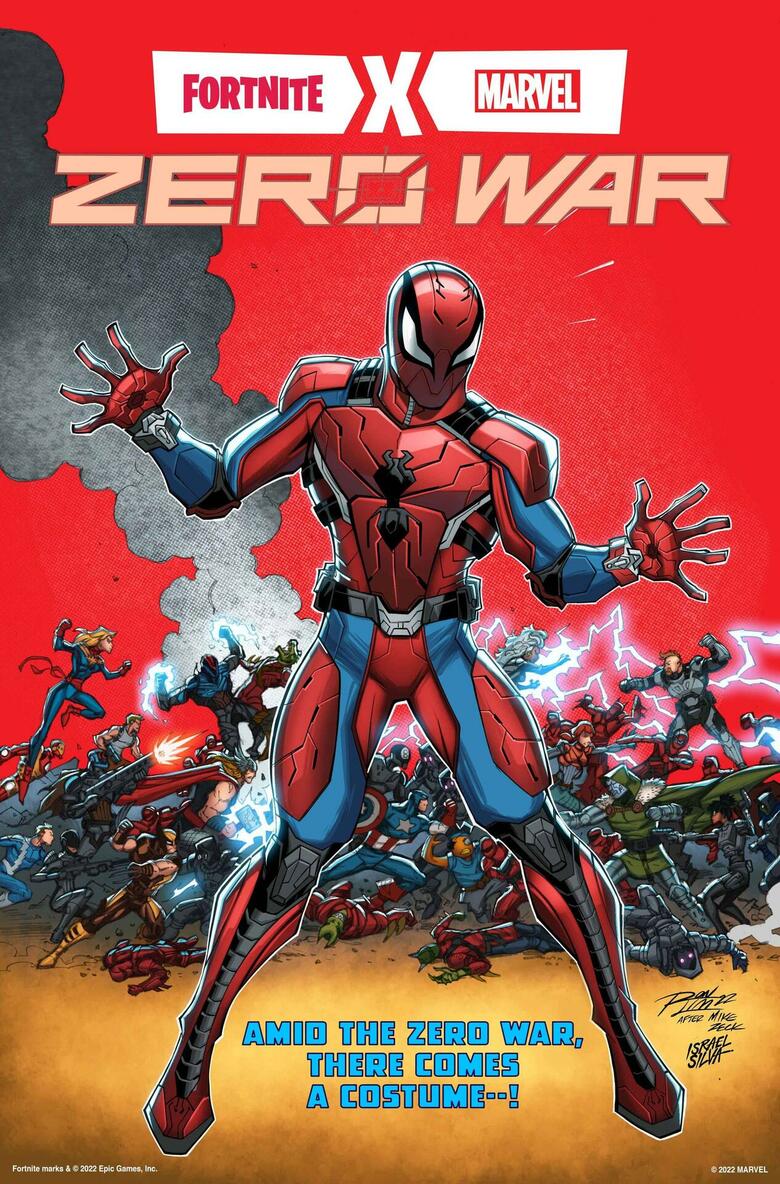 The suit's first comic appearance, a reference to Secret Wars issue 8
View All

Outside of the comic, each issue comes with a redeemable code for in-game items. This issue features an outfit new to both Marvel and Fortnite with the Spider-Man Zero War Suit. While this specific outfit doesn’t appear in this issue, its sure to appear later on in the series. It’s a cool-looking suit, bulking up the wall-crawler in a way we don’t see often. It almost looks like he is wearing some sort of sports gear, similar to a hockey player.

While the book may be a little less accessible to those unfamiliar with Fortnite, Fortnite x Marvel: Zero War’s first issue is a great setup for the story to come, and is a worthwhile purchase for anyone even remotely interested. Top it all off with a great skin to use in-game, and you really have a book you can’t afford to miss.

If you are interested in a physical copy of Fortnite x Marvel: Zero War, click here to find your closest comic shop. The book is also available digitally on Marvel Unlimited, but will not include the in-game outfit.