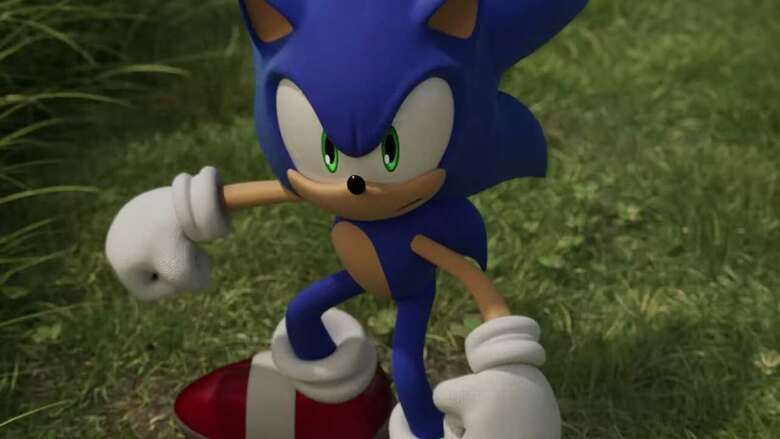 The first Sonic movie couldn’t have existed with the Sonic the Hedgehog game franchise, but in an odd turn of events, now that original film inspired the direction of a future Sonic game.

It might come as a surprise, then, that Kishimoto has yet to see the movie’s highly successful sequel, Sonic the Hedgehog 2: “The second movie hasn’t been released yet in Japan, so I haven’t seen it yet. I can’t wait to see it! I’m especially looking forward to seeing Knuckles in action,” laughed Kishimoto.

It will be exciting to see exactly how the Sonic the Hedgehog movie has influenced Sonic Frontiers’ combat when it is released this winter. In the meantime, you can enjoy our exclusive first look at Sonic Frontiers gameplay. From more gameplay footage to previews and interviews, IGN First will bring you loads of exclusive Sonic Frontiers content throughout June, so please stay tuned!

“The first [Sonic the Hedgehog] movie really caught me by surprise. We have been focusing on how Sonic is supposed to run, jump and fight within our games, but the movie showed us an entirely new approach. They came up with a great interpretation of Sonic, which became a huge inspiration for Sonic Frontiers’ development.

The direction we took for combat was inspired by the movie. After watching it, I came up with a vision for the game’s combat.”

That’s not the only tie Sonic Frontiers has to the Sonic movie. Kishimoto stated that Sonic Frontiers also has other references to the movie, but didn’t go into specifics.