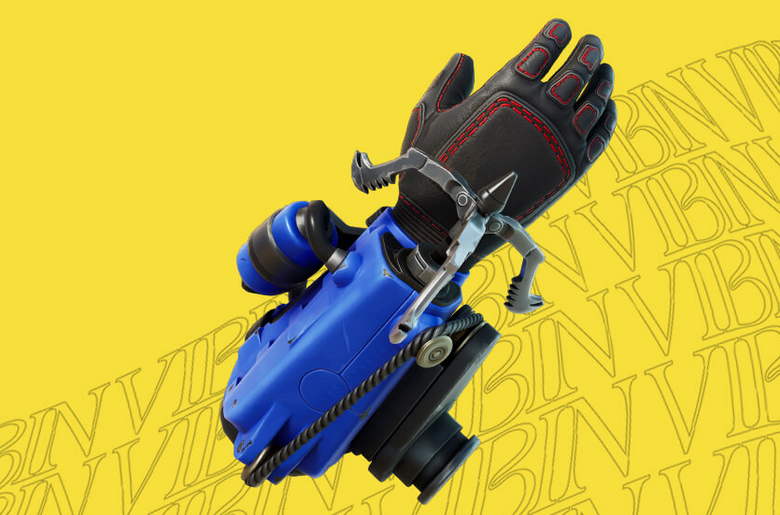 Fortnite has pushed another hotfix live, this time bumping the game up to Version 21.00. This update includes tweaks and new goodies, and you can read the full breakdown of this content below.

HOOKED ON SWINGING: PUT ON THE GRAPPLE GLOVE

The Screwballer’s not the only high-flying thrill this Season. Pick up a Grapple Glove and use it to swing through the air! To begin swinging, shoot its grappling hook at a hard surface like a cliff, prop, or building. Each successive swing gets faster until the third swing and beyond, when you’ll be at max speed.

If you miss a shot and land on the ground, you’ll have a brief window of time to shoot the grappling hook and come back swinging. You’ll have an even longer window if you slide out of a swing, so don’t be afraid to combo some slides into your swinging action! But don’t worry if the window of time runs out: after a brief cooldown, the Grapple Glove will ready itself back up.