Studio MDHR comments on what it was like having Cuphead appear in Smash Bros. Ultimate 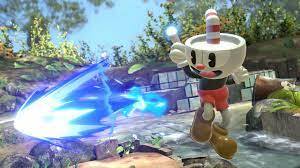 How do you know you’ve created a game character that’s surpassed base-level popularity and moved over to special, iconic territory? There are a bunch of ways, but without a doubt, getting your character in Smash Bros. Ultimate is one of them.

Nintendo worked with multiple third parties to bring their characters to the world of Smash Bros., and Studio MDHR is one of them. Nintendo collaborated with the dev to bring Cuphead into Smash Bros. Ultimate as a Mii Fighter costume, and as you can imagine, this was quite the honor for Studio MDHR.

In an interview with Fanbyte, Maja Moldenhauer, the Studio Director of Studio MDHR described the moment Nintendo reached out to them about the collaboration. Moldenhauer said it was an jaw-dropping moment to get the call, and the team’s initial reaction was to let loose with a few expletives!

…and no, Moldenhauer declined to comment on what those expletives were, but you can be they were emphatic!

Finally, would Studio MDHR be open to Cuphead appearing in more games down the road? Moldenhauer says she’s all about Cuphead popping up in other first-party games, but she wasn’t sure where he could fit in. Furthemore, Moldenhauer noted that the team has a bunch of their own ideas for Cuphead, so they couldn’t really divert attention to handling another collab right now.