You gotta love it 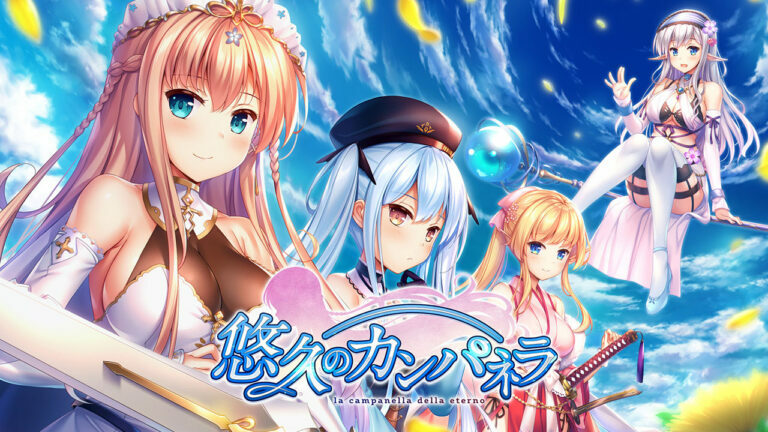 Publisher Ares and developer Windmill Oasis have announced that the romance visual novel Yuukyuu no Campanella, or La Campanella della Eterno, is heading to the Switch in Japan. The game is set to launch September 29th, 2022 for 7,480 yen at retail and 6,800 yen via download. A limited edition will also be available for 11,980 yen

You can see an official description for La Campanella della Eterno below.

Even though they had saved the continent 100 years ago, their sub-commander Chester Silver has laid dormant for ages now. Now, about 100 years have passed and as Chester wakes up from his long arduous slumber he…

…bears witness to the Idol Princess Claria singing her songs to entertain the public. He wakes up as being one of her supporters cheering her on.

Spurred on by Claria’s admiration for the Heroes Clan “Oasis,” Chester Silver gathers his former companions, the twin sisters Angelique and Juliet Gilbert, to embark on a new adventure.

At the same time, a mysterious woman who had woken up from her slumber in the crypt of a ruin, Colette says:

“Now that Colette has woken up, this world’s fate is sealed.”

Strange incidents begin to occur in the world and with the causality of 100 years past intertwining, the adventure Chester seeks is closer than he thinks.