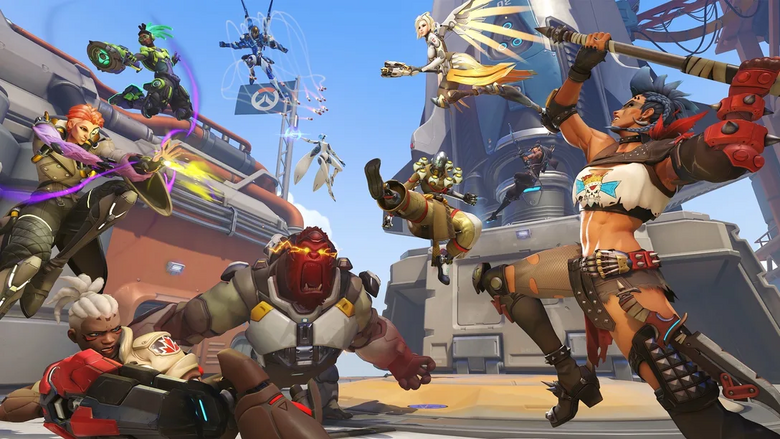 The Reddit AMA for Overwatch 2 took place yesterday and the development team answered a lot of questions regarding the upcoming game.

One of them was about the currency and lootboxes that we already covered previously, but there were some other interesting pieces of information regarding hero reworks, social features and Overwatch 2’s Live Service. Keep reading to get a roundup of some of the most interesting answers!

Let’s start with what will be happening to the Live Service since it’s very likely one of the biggest news at this moment, here’s the question and answer:

What does the term “Early Access” means for Overwatch 2? Does this means that on this day OW1 is getting replaced by OW2’s PvP or will OW1 shutdown once the game is out of Early Access?

We’re using the term Early Access to indicate that this is just the start of many new things coming to the game. We’re launching with new heroes, maps and features, but there are even more of these coming seasonally – every 9 weeks. We recently released a roadmap detailing some of this content, with a new hero coming in Seasons 1 and 2, and a new map in Season 2. Additionally, larger pieces of the game that have always been a part of the vision for OW2 will be released to the game as part of the live service, including the launch of the PvE Campaign next year.

When OW2 launches on Oct 4th it will be a replacement for the current Live Service.

When the game was just announced, it was mentioned that people would be able to play with each other in OW1 and 2, but as you can see, it seems very clear that the Live Service for Overwatch 1 will be shutting down and replaced on October 4th, the launch date for Overwatch 2.

The next questions focus on Hero reworks and roles:

Are there any other heroes who will be getting reworks between now and launch? Incredibly excited about the game!

We’re not just committed to launching new heroes and content, but making changes to existing ones if they become necessary. We have some fun changes on the way for Symmetra in the coming Beta, and partway through it, we’ll introduce a change to Moira. We’re also looking at some changes to Brigitte, especially for her Ult, that we’re hoping to get into the game for launch.

What is the team’s opinion about the number of heroes in each role (10 Tanks, 17 Damage, 8 Supports on Oct 4th)? Is there any intention to increase the number of support heroes relative to the other roles, since currently the supports have the least heroes per team slot? Are you considering any more role-swaps (like Doomfist) to even out the roster among the roles?

Our high number of Damage heroes is directly related to the fact that Damage was originally two different roles (Offense and Defense). It was never our intent to create a role that had far more heroes than our other two roles when we created Role Queue.

We know that our support hero lineup needs more variety and it’s a focus for us going forward, but we can’t abandon development of Damage heroes given their popularity.

Having exactly the same number of heroes in each role is not a goal we’re likely to ever actively pursue, but having more supports ASAP is. To that point, two of the three heroes after Season 2 are Supports, as Aaron Keller revealed earlier on this thread :)

Finally, we would like to share an answer regarding social features, which seems insteresting as other than playing and talking with friends via voice chat, Overwatch 1 didn’t really have any other social services implemented in game:

What social systems are coming for Overwatch 2? A lot of players have asked for clans, or in game tournaments. Has the team been working on any social systems?

We are looking to add more social systems to Overwatch 2, and a guild system is near the top of the list for us. A feature like this is a great opportunity and something we’re really excited about, but it’s a huge lift, not just for large sections of our team but several other departments at Blizzard. We have put significant work towards this feature, but it’s too early to talk about specifics or when it might come out.

The other suggestion, in-game tournaments, is something that the team is starting to dig into more.

What do you think? Does this answer some of your questions? Do they create even more that you didn’t have before? Either way, if you want to know more, make sure to check out the Official AMA to read everything they shared!