A new glimpse at what's to come 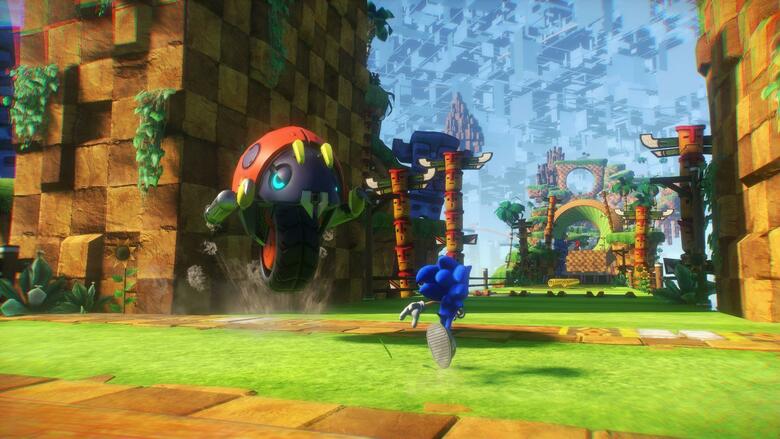 During the Nintendo Direct mini: Partner Showcase, SEGA revealed our first look at Sonic Frontiers running on the Switch. Along with that, we got a peek at a new area called Cyber Space.

Shortly after the Partner Showcase, SEGA shared a full breakdown of not just the Cyber Space area, but Sonic Frontiers in general. It includes a fresh look at previously-shown areas, along with character profiles, enemy details, and more. You can see the complete breakdown of Sonic Frontiers below. You’ll also find a massive gallery of screens at the bottom of this post as well.

The first island Sonic explores is Kronos Island. Its terrain and climate see frequent rain, large waterfalls, lush forests, mountains and floating towers in the air. The ruins scattered around the island appear to be the homes of ancient inhabitants – the Koco.

Entrances to Cyber Space made by the ancient civilization of Starfall Islands can be found all throughout the map. Sonic fans will solve puzzles and complete challenges to earn Portal Gears to unlock these entrances access Cyber Space levels featuring the traditional, fast-paced, speed running action platforming. They’ll need to complete the challenges in each Cyber Space level to receive Vault Keys to progress further in the game.

Players can enjoy high-speed, open-zone gameplay and interact with various activities on the island however and wherever they choose. Experience exhilarating combat, puzzles, side quests, Cyber Space and conversations with characters across the island in any order you’d like to match your play style.

Sonic Frontiers expands what fans know and love about traditional Sonic games, combining both linear-level gameplay and open-zone platforming into a new, action-filled Sonic adventure. The world map is bigger than ever before, giving Sonic more room to run and explore his surroundings, enabling him to evolve the land around him as he ventures deeper into the mysteries of Starfall Islands.

Sonic’s combat style is more exhilarating and fluid than ever before. Players can use various button controls to fight strategically, combining moves such as dodges, parries, counters and more in various combos to show off battle skills unlocked throughout the game. If you prefer more straightforward gameplay, the game also has an Auto Mode where various attack combos can be executed with a single button. All Sonic fans can easily enjoy the fast and fluid combat system.

Sonic learns a new ability called “Cyloop,” creating a band of light mirroring Sonic’s tracks. Surround enemies, items and areas to uncover its various effects and unlock the secrets of the Starfall Islands.

There are various puzzles to solve throughout the ancient ruins of Starfall Islands. Completing each puzzle can grant items to increase Sonic’s power and defense, reveal hidden parts of the map and unlock new ways to navigate the island at fast speeds. 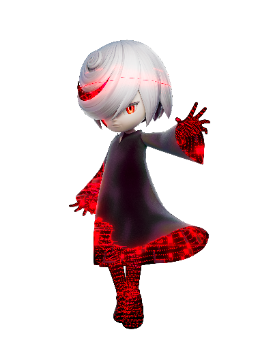 The world’s fastest supersonic hedgehog. Sonic’s adventure begins on the Starfall Islands in pursuit of the Chaos Emeralds and his lost friends. He is also guided by a strange voice along the way.

The Starfall Islands are home to strange creatures Sonic has never encountered before. Players will need to make use of the all-new battle system and abilities to take down these strange new foes

SOLDIER: This enemy spawns in groups and attacks in jabbing motions with both hands.

CYCLONE: A floating enemy causing damage with attacks that appear as electric tornados.

BANGER: A wheel-like enemy that rushes towards Sonic once he is detected and attacks at high speeds if provoked.

SHELL: An enemy protected by a hard shell that attacks at a distance with a boomerang-type move. Sonic’s attacks cannot penetrate the hard shell, but other methods such as Cyloop can catch this enemy off-guard.

BUBBLE: An enemy formed by a group of spheres that attacks Sonic with electricity.

NINJA: An enemy with high-speed attacks reminiscent of the fighting style of its namesake. Can block incoming attacks and strike with shadows of itself.

TOWER: An enemy composed of various stacked parts. Its weakness is at the top of its head, so Sonic will need to figure out how to destroy each stack to get to it.

ASURA: A large enemy that looks like a tall building. Run up the arm it throws down to find its weakness at the top and attack.