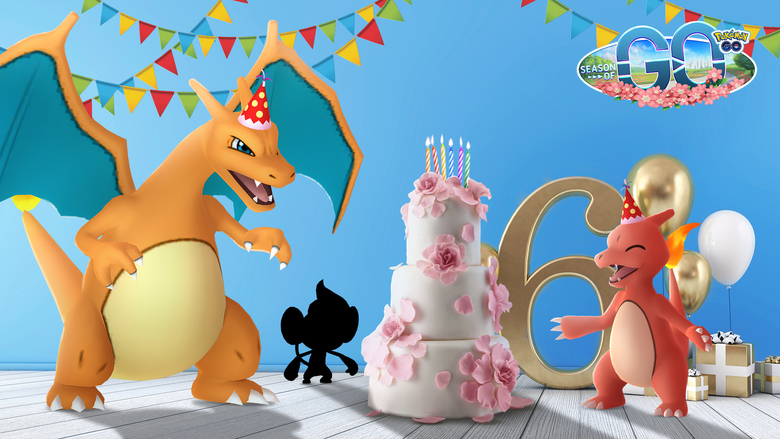 Believe it or not, we’re coming up on the 6th anniversary of Pokémon GO. The unique mobile game exploded onto the scene back on July 6th, 2016 and quickly turned into a worldwide phenomenon. Six years later and the experience is still going strong, and Niantic is looking to celebrate the anniversary in a big way.

Niantic has revealed special 6th anniversary plans, which include an emphasis on Charizard, #006 in the Pokedéx. With event-themed Field Research and a Battle Weekend taking place, there’ll be plenty of fun for Trainers everywhere to enjoy.

You can get a complete breakdown of the 6th anniversary event below.

The following Pokémon will appear more frequently in the wild.

The following Pokémon will be appearing in raids.

You can encounter the following Pokémon when you complete Field Research tasks!

The following avatar items will be available to purchase in the in-game shop during this event and will continue to be available after the event ends!

You’ll also be able to get event-themed stickers by spinning PokéStops, opening Gifts, and purchasing them from the in-game shop.

Giovanni doesn’t do anything halfway. After Trainers around the world saved Shadow Latias, the Team GO Rocket boss just had to get his hands on Shadow Latios—and now it needs your help! Get ready to face off against Giovanni and rescue Shadow Latios!

Special Research centered on Giovanni will be available. Complete it to earn Super Rocket Radar!