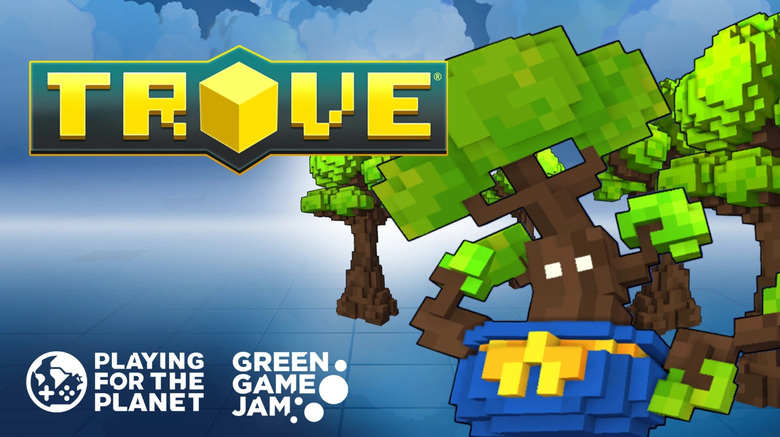 Back in June, developer Gamigo revealed that they were taking part in Playing for the Planet’s “Green Game Jam” initiative by offering up some new content for their voxel-based MMORPG, Trove. Turns out players were quite happy to get in on the Grovin’ and Trovin’ Event, as over 600k in-game trees have been planted overall.

Trovians that have yet to participate in this month-long event can earn a “Hyper Tree Friend” and “Tree Sapling” – as well as help reach the community goal of 1M planted in-game tress – by completing any of the following tasks:

One Code to Rule Them All: Just by reading this press release, we’re giving you (and your readers if you’re a member of the media) a unique code that can be redeemed for Tree Saplings and the Hyper Tree Friend. The code is TROVETREE.

A Hunting We Will Go: Do you prefer the old-fashioned method of farming for rewards? So do we! Which is why we are making seeds available to players who would rather dungeon crawl for their Tree Sapling seeds.

Trove’s Grovin’ and Trovin’ event is now available and will end on July 5th, 2022.