Explore some of the Secrets of Cuphead's DLC 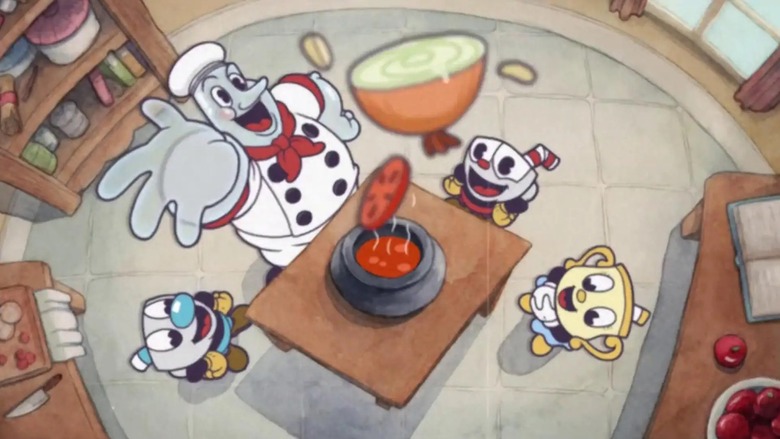 Cuphead is a love letter to classic animation AND classic games, as such it seems fitting that Cuphead in The Delicious Last Course would hide many hidden secrets like it’s original game did. This article will logically contain spoilers for the DLC so if that’s something you wish to avoid stop reading now.

The initial game had a few alternate phases for certain bosses like Sally Stageplay and The Root Pack, that continues into the DLC with The Howling Aces fight.

In the second phase of this fight when you are being surrounded by the dogs with jetpacks, you’ll want to shoot them until their weak but NOT kill them. You can tell when one of the dogs are weak when their smoke trails turn from white to gray, at that point stop shooting that specific dog. You want all four dogs to have gray trails to activate the secret phase. 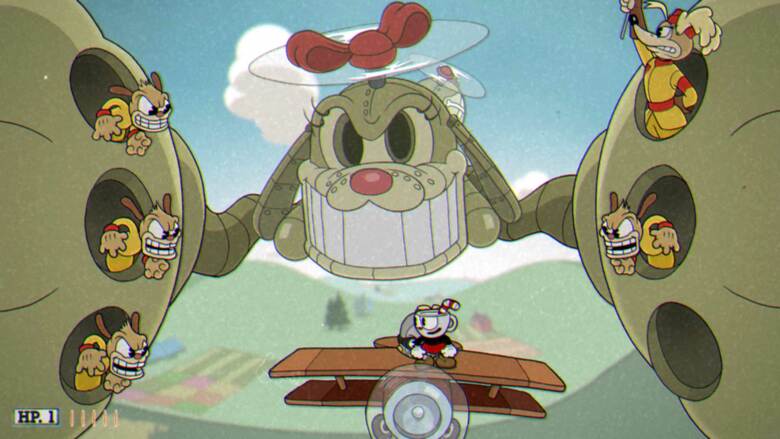 Once you do so, the aircraft will come by and snatch up the wounded dogs and now you’ll have to fight the whole group instead of just their leader.

While this may sound harder than normal, the screen will no longer flip to the side and upside down like it does in the original phase three, so this may be a path worth pursuing if you are having trouble with the boss in it’s traditional state.

You also don’t need to take out the other dogs to win this phase, they are only distractions, aim for their leader.

You’ll notice a graveyard on DLC island that seems to serve no purpose, but it is actually the gateway to a secret boss fight with a familiar face.

To open the way, you’ll need to buy the “Broken Relic” item from Porkrind’s shop. If you equip the relic you’ll see that you can interact with the tombstones in the graveyard and cause ghosts to spring up. You can probably figure out where this is going, you’ll need to interact with the tombstones in a certain pattern to open the way, but what is the code?

For that you need to speak to the climbers on the podiums near the mountain. The climbers will all say things that hint to what tombstone you need to hit and the podiums they stand on reveal the order. The things they say (and thus the combination for the tombstones) is randomized, so there is no way for us to tell you what the exact code is. Just use your wits and it should be easy enough to figure out.

Assuming you do everything right, the middle tombstone will start to glow interact with it to activate the secret Angel and Devil Boss fight. It’s honestly pretty simple compared to the other fights in the game but it’s nice to see a familiar face in these new lands. If you wan to see the full boss fight you can watch the video from Gamespot below.