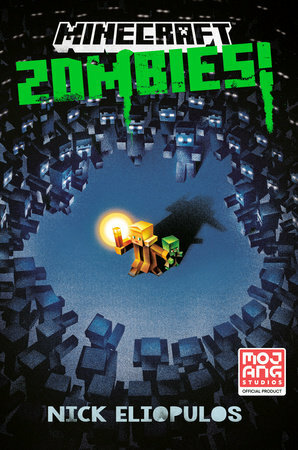 While most people get their Minecraft fix through the game itself, there are millions of fans who like to keep the fun going outside of the digital realm. That’s where exciting stuff like the Minecraft novel series comes into play!

Life is good for Bobbie in the sleepy village of Plaintown. Sure, her villager parents only ever say “Hrm,” but you pick up the local language quickly. And maybe her little brother, Johnny, is always getting into trouble, but the village’s iron golem is there to look out for him. And, yeah, things are too busy for exploring when you’re the only one in town who ever takes their hands out of their sleeves. But maybe that’s for the best. After all, there are things out there beyond the torchlight that are better handled by adventurers.

But one night, a stranger comes to Plaintown—and he’s followed by a horde of ravenous zombies. Bobbie’s village is overrun, and her world is turned upside down.

Life is not so good for Ben, an adventurer with nothing left to his name but the armor on his back. When dawn’s light shows him an abandoned village, he sees it as a chance to pick through the wreckage and get himself back on track. What he wasn’t expecting to run into was a desperate girl with a baby zombie villager on a leash.

Bobbie and Johnny are the only ones left . . . and her brother’s a lot greener and a lot bitier than he was last night. There’s still some of Johnny rattling around the little monster’s mind; Bobbie just knows it. And Ben might know a way to bring him back.

As the two journey across the Overworld, dragging Johnny along (literally), they brave dangerous depths, terrifying mobs, and an expanding mystery. Was the attack on Bobbie’s village really just bad luck? Where did the rest of the zombie villagers go? And how exactly do you take care of a little brother who can’t stop trying to eat you?

If this sounds like the perfect book for you or someone in your life, you can grab yourself a copy here. There are hardcover, eBook, and audio versions available.