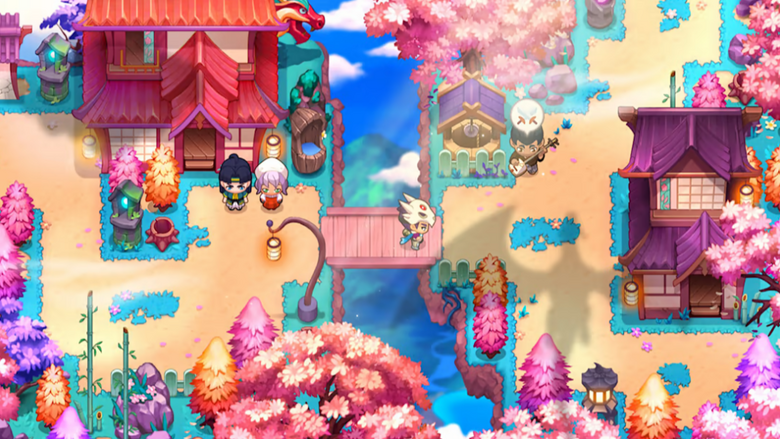 Nexomon Extinction has been updated to Version 2.0.1. You can check out the full patch notes for this update below.

[FIX] If the player triggers the Abyssal post-game content, Greater Drake sidequests in the skeleton maps are lost as the maps are destroyed. Not only does it make capturing those drakes impossible, but it also prevents the player from using Eliza’s duplication feature to find legendaries in the wild (including the Abyssal Tyrants). The 4 destroyed maps now also contain the Greater Drake sidequests. SafeMode file loading (holding L+R for 10 seconds on a save slot) will now always teleport the player to the orphanage.

[FIX] Since Eliza is gone after fighting Kroma, the player wouldn’t get her hint on Venefelis’ maze pattern. Her character now stays until the player beats Venefelis. Tyrant Byeol can now also spawn at the orphanage woods.

Minor collision fixes and misplaced grasses in the Abyssal region.

Bonnie’s dialogue to unlock the Tier-MAX cores in the Abyssal Region has been moved to the map with a giant boulder (north from camp).Furthermore, Bonnie’s dialogue has been duplicated to other locations (but once you’ve talked to her, she disappears from all said locations):

Several new followers added. They are only visible in the list if you have unlocked them:

[FIX] Patch of grass in the Precursor Valley’s dark maze was not reacting to the player. An alternative way to unlock Eliza’s duplication feature is to beat the post-game.

[FIX] Releasing an “unique” Nexomon would mark it as uncaught even if the player has duplicates. Now, it will only be marked as uncaught if the player truly doesn’t have more instances of that unique Nexomon. This is not retroactive - if you accidentally released an unique Nexomon before this update, you will still need to catch it again.

Cost of Growth Berries at the Friendship Shop reduced from 10 to 5.