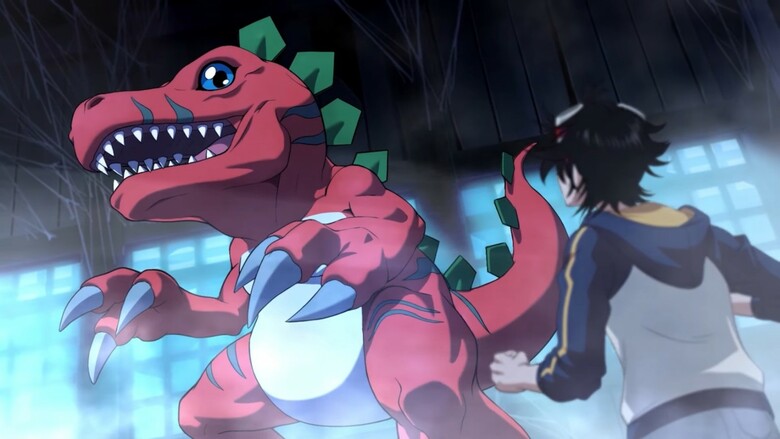 All the content we’ve seen on Digimon Survive so far makes it seem like this title will offer a somewhat darker experience than previous games. This approach has been surprising to some, and in an interview with Comicbook.com, producer Kazumasa Habu explains how this style of story came to be.

Looking at all the trailers released as well as the demo, fans feel like the game is kind of dark, but I wasn’t actually trying to make it that way. The the idea of the game came around to me as I watched Digimon Adventure, the anime. I was already an adult, and in the anime, I believe all of the characters are basically written as a hero and that causes them to be so positive and focus on all the positive things between human characters and digital monsters. The characters will have their challenges, will have their difficulties, but they’ll always make the right decision.

But in the real world, that’s doesn’t work. I thought, ‘If I am an adult who was sucked into such an unknown world, how would I react?’ I think as an actual human being, people have their weaknesses, people have their fear the unknown. Not everyone would be able to make the right decision when they’re scared, especially when people find these monsters are coming for them that want to kill you. In these, dangerous situations, a lot of people don’t really make the right decision. I believe that human beings make mistakes, and I wanted to explore that story.

That is how this story came about. Sometimes, you don’t have to try and become a hero. You just need to feel what’s real and do whatever you, you feel like is right. Because of that, in this game, the characters are real and they make real decisions that can result in death or life. Then, the interaction between human characters and their digital partners become super important as the monsters are considered to be a reflection of their human’s heart and the mind.

And even though the digital partners are basically a reflection of their human, they will make different decisions at times because the monsters will always make the choices according how their trainer raised them. However, humans will try to hide their fear or show their ego and they’ll make decisions that are not true to their heart. I want the fans to be able to enjoy all of the possibilities that can happen in work.