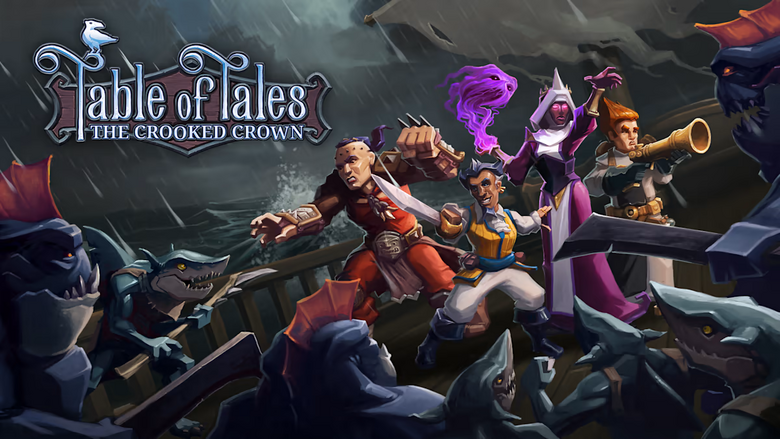 Developer and publisher TIN MAN GAMES has announced that their digital tabletop RPG, Table of Tales: The Crooked Crown, is out now for Nintendo Switch digitally via the Nintendo eShop. Set to regularly be priced at $19.99 USD, a 10% off launch discount is available for a limited time, bringing the price down to $17.99 USD.

Table of Tales: The Crooked Crown was first released as a virtual reality game, but a non-VR mode was introduced in late 2021. Of course, the Switch port is the non-VR version of the game.

able of Tales is a true digital tabletop RPG. The player takes their place at a magical table, controlling a party of scoundrels as they venture through a world of swashbuckling and sorcery.

No tabletop RPG adventure would be complete without a Game Master, thus the magical Table of Tales is presided over by Arbitrix, a mechanical talking bird brought to life by SOVAS Voice Arts award-winning Julie-Ann Dean. Arbitrix is your guide and companion, tasked with narrating your story and pushing the scoundrels into sticky situations they’ll need to talk, or fight, their way out of.

The virtual table is the star of the show, shifting and changing to present players with new grid-based playing environments set in towns, temples, jungles and even on sailing ships that ride across tumultuous seas, all created within the table itself.