All there is to Tenno

Warframe’s TennoCon 2022 took place today, and as usual, it provided an absolute wealth of content for Tennos to look forward to. From updates on previously-revealed features to brand-new reveals, there was a lot to see during the 6+ hour event. If you want to see absolutely everything that was showcased, you can see the full stream above. If you want the best bits, read on below.

First up is a trailer that showcased the upcoming Veilbreaker update. This content will bring back a familiar face for an all-new adventure.

A Sentient Murex located near Deimos holds a frightening discovery: although The New War is largely over, Narmer’s enslavement of the Origin System continues. Many Grineer and others remain imprisoned and helpless under the crushing influence of the Narmer Veil.

Enter Kahl-175. Having survived his brush with the Sentients, and now free from their shackles, he emerges as the Origin System’s newest savior. Wield his explosive Grineer armaments as you race against time to rescue your Brothers from Narmer’s oppressive clutches. Battle Archons alongside your Squadmates, take on all-new Missions and bend time with the Protea Caladrius Collection.

Next is the Duviri Paradox expansion, which offers a fresh storyline and an open-world area just begging to be explored.

Play as an outlaw known as the Drifter in a new open world-based expansion to Warframe and fight to break free from Duviri’s endless daily cycle of death and rebirth. Complete a new cinematic Quest and meet intriguing characters new and old as you wrest control of Duviri from the clutches of the tyrant Dominus Thrax.

As you explore Duviri’s color-changing, mood driven landscapes, you’ll take on fearsome Dax Guards, solve puzzles and be rewarded with Decrees - upgrades that boost your Drifter’s capabilities for the duration of that day’s cycle. With the help of Teshin, the assistance of fellow Tenno, and your loyal flying Kaithe mount, you may be even able to challenge the fearsome Orowyrm itself.

After that, we have info on the Khora Prime unlock.

The Mistress of the Live Wire is back in glorious Prime form. Instantly unlock Khora Prime, her signature Prime Weapons, exclusive Accessories and more with Prime Access!

Prowl through the battlefield in search of hapless enemies to ensnare and strangle with Khora Prime’s razor-sharp metal wires. Call on her gleaming Kavat, Venari Prime, to protect and heal allies, or employ versatile weaponry like the Hystrix Prime to target your prey with deadly, elemental quills. 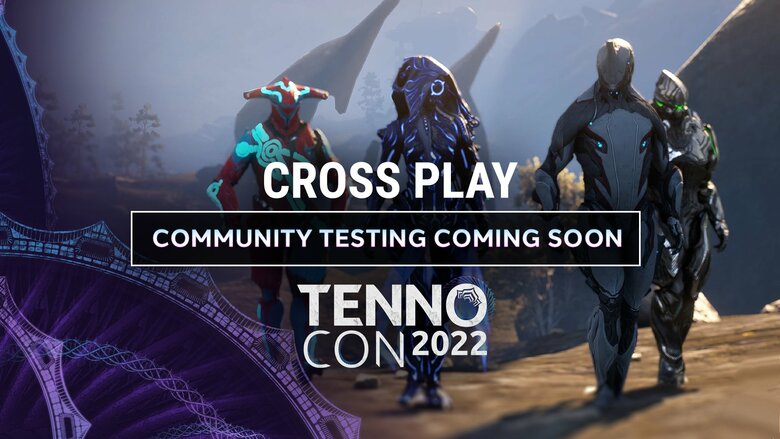 Digital Extreme also gave an update on cross-play and cross-save, which were announced some time ago.

While Tennos will have to wait a bit longer for these features to be implemented, work does continue on getting the features up-and-running. A cross-play stress test is going to take place very soon, with the synchronization of timers and cycles following shortly after on July 29th, 2022.

There was also a sneak-peek at an upcoming Warframe animated short that stars Styanax.

Inspired by the spear and shield-wielding warriors of Earth’s distant past, Styanax evokes champions of ancient mythology. Ever valiant in the face of the foe, you can expect Styanax to never shy away from a fight.

The Animated Teaser shared at TennoLive 2022 is a small preview of an animated short, releasing later this year when Styanax marches into the Origin System. Stay tuned for more information!

Finally, TennoCon 2022 offered a few deep dives into overall areas of Warframe development. You can see more of those featurettes below.