A day we thought would never come is now here! 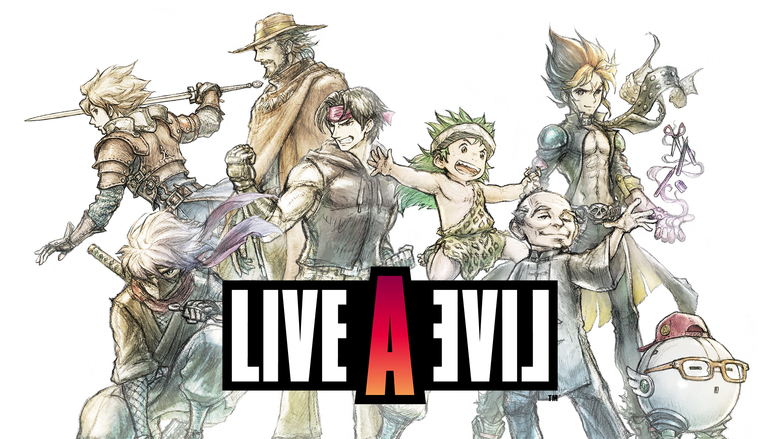 Finally, 28 long years after the original released in Japan, the rest of the world will have a chance to see what the hype is all about. Nintendo and Square Enix have launched LIVE A LIVE for Switch, and the game is priced at $50. LIVE A LIVE takes up 4.6 GB of space.

LIVE A LIVE, a storied RPG directed by Takashi Tokita, known for his work on CHRONO TRIGGER and FINAL FANTASY IV, has been revitalized in the stunning HD-2D visual style and is being released outside of Japan for the first time. Each story features rearranged versions of the original music written by KINGDOM HEARTS series and FINAL FANTASY XV composer, Yoko Shimomura.

Craft weapons and armor for survival as Pogo, hide from foes with shinobi techniques as Oboromaru, and use your psychokinetic powers to read minds and defeat enemies as Akira. Each character has a distinct set of abilities and mechanics that change their gameplay. Utilize these character-specific abilities to excel in combat and progress through each chapter.

If you’re on the fence with LIVE A LIVE, hop on the Switch eShop and grab the free demo. If you like what you play, you can carry over your save data to the full game.