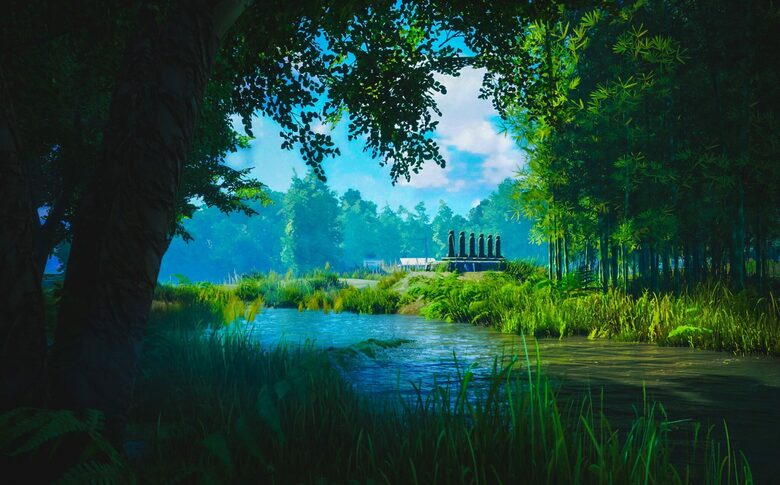 Back in June, publisher Amata K.K., in collaboration with indie game creator Tatamibeya, ran a screenshot contest to celebrate the one-year anniversary of launching Nostalgic Train on the Nintendo Switch.

The judges for this contest were Tatamibeya, Yuichi Yokota, and Hiromichi Takahashi.

Take a look at the winners and the full statement by the developers below.

NOSTALGIC TRAIN, launched on Steam by Japanese indie game creator Tatamibeya on June 13, 2018, was celebrated its fourth anniversary. The Nintendo Switch™ version of the game, which was ported by Amata, will also celebrate its first anniversary this August, and to celebrate, a screenshot contest was held across all platforms: Steam, Nintendo Switch™, PlayStation®4 / PlayStation®5, and Xbox One / Xbox Series XǀS. We sincerely appreciate the many applications we received. Thank you very much.

There were so many wonderful entries that we could not narrow it down to just the awards we had set. Therefore, we have decided to also award each judge’s favorite work, so the number of award-winning works has increased since the beginning of the contest.

Prize: A reproduction of the winning work (A4 size) and PayPal 3000JPY equivalent

Judges’ comment: Tatamibeya The striking Rokujizo peeking out from the shadows of the trees, the water reflecting the sky, and the other elements like the composition and color correction, capture the world of NOSTALGIC TRAIN to a very high degree.

Judges’ comment: Yuichi Yokota Among the many landscape shots we received, this one is very dramatic for the striking framing of the forest in the foreground and background, and the reflection of the waterfront in the center. This was our unanimous choice.

Judges’ comment: Hiromichi Takahashi Its, composition with the Rokujizo silhouettes amid the shadows of the trees surrounding the perimeter, and the highlighted light in the center is very striking. NOSTALGIC TRAIN has many nostalgic and beautiful landscapes, and this piece reminds us once again of the beauty of these landscapes. 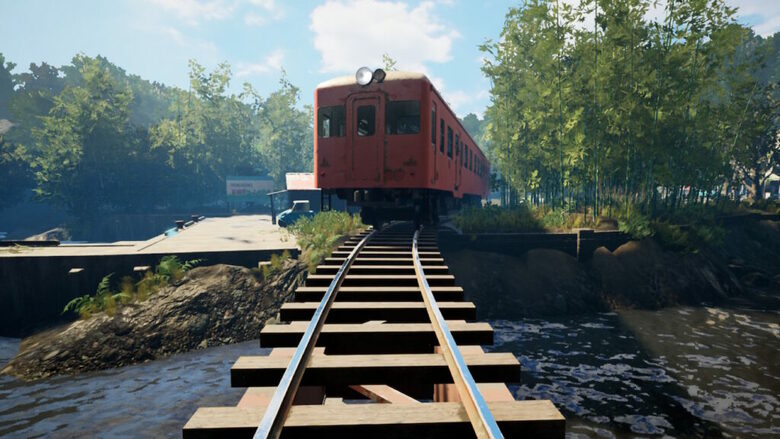 Judges’ comment: Yuichi Yokota I was impressed by the vigor of the picture. It seems to jump out of the looming screen from among the works of trains taken from on the tracks.

Judges’ comment: Hiromichi Takahashi There were other works taken on the railroad tracks, but this one stands out for its compositional balance between the vanishing point on the tracks and the approaching train. 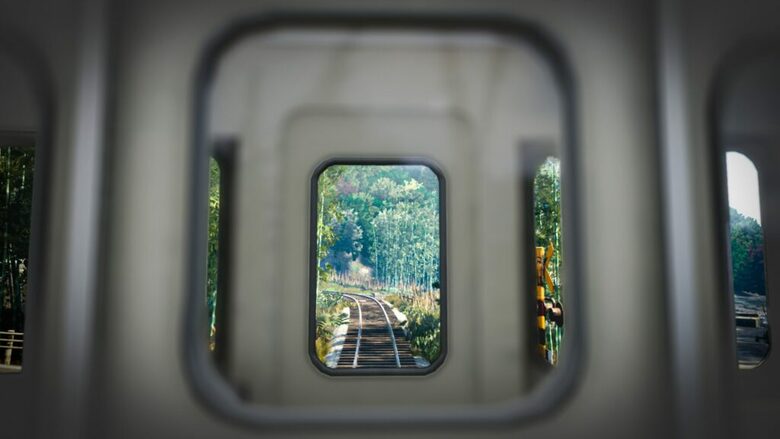 Judges’ comment: Tatamibeya I was drawn in by the creative composition on this one; it creates a strong depth of field and forces the viewer to gaze at the train’s path.

Judges’ comment: Yuichi Yokota There were many works where the viewer is looking through the windows of the train, but this one in particular gave me a sense of realism, and reminded me more of a passenger’s line of sight.

Judges’ comment: Hiromichi Takahashi This one reminded me of the view I had when I peeked out of the window just behind the driver’s seat when I was a child. 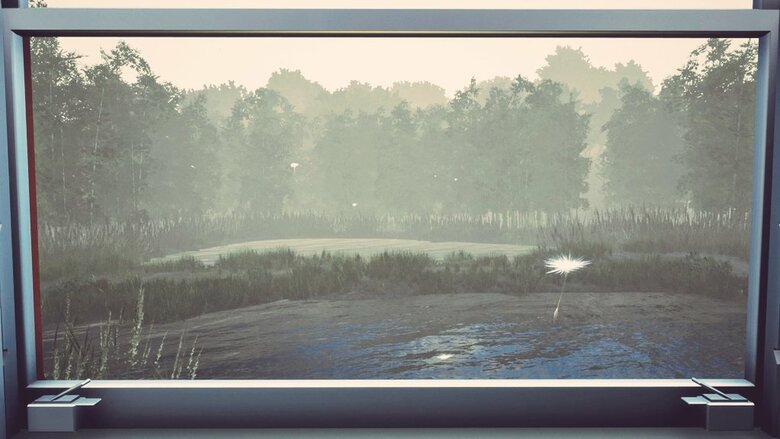 Judges’ comment: Tatamibeya The use of the silver window frame as a picture frame together with the gray tone of the whole piece left an impression on me.

Judges’ comment: Yuichi Yokota The weather and accounting for the floating seed in the bold window frame is very impressive.

Judges’ comment: Hiromichi Takahashi The single floating dandelion seed stands out, and combined with the way the window frame is cropped, this piece feels like a painting. 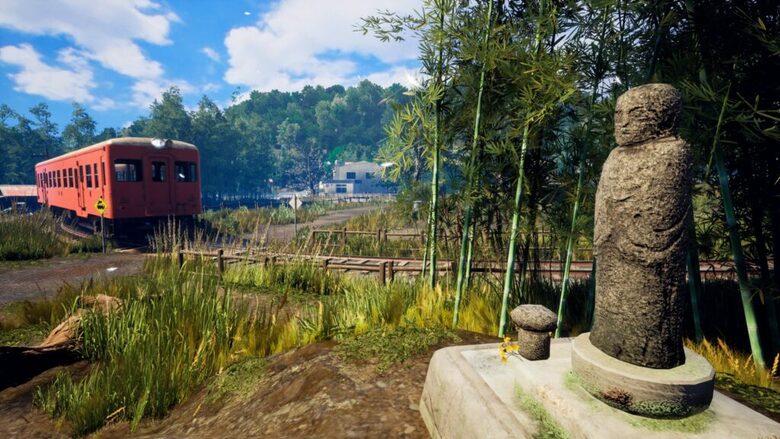 Judges’ comment: Tatamibeya The Rokujizo, bamboo bushes, and the train, all keys to the story, are very well balanced in frame, making this image a great representation of the worldview of NOSTALGIC TRAIN

Judges’ comment: Yuichi Yokota Bamboo bushes and a Jizo statue at the end of the train’s line of sight. This image shows off the charms of the story.

Judges’ comment: Hiromichi Takahashi The composition of the image neatly captures the train and Rokujizo. The image itself almost symbolizes the story of NOSTALGIC TRAIN.