Mickey's coming for the king 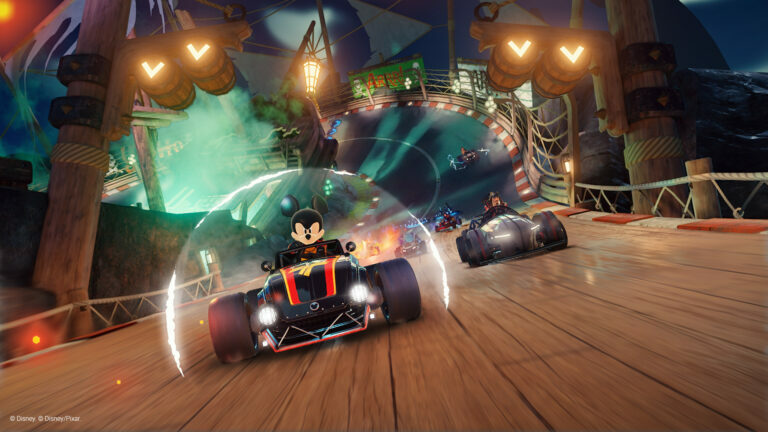 When it comes to the Switch, or the kart racing genre in general, Mario Kart is widely recognize as the game to beat. Mario Kart 8 Deluxe has been the leader for years now, but there’s some stiff competition on the way from Disney Speedstorm.

While both games are kart racers, the team behind Disney Speedstorm thinks there are some key differentiating features. In an interview with NintendoEverything, Gameloft Barcelona game manager Aska Suzuki spoke up on what elements of Disney Speedstorm should help get the game out from under Mario’s shadow.

In Disney Speedstorm, characters aren’t just broken up by general types. We’ve given them one of four classes: Speedster, Brawler, Trickster, and Defender to support the strong combat racing element to this game. Boost management is really important, and each class builds extra boost in different ways, such as a brawler gaining more boost through stunning other racers, or a speedster gaining extra boost by going across boost pads. This provides the opportunity for very strategic racing if players wish to race that way. Additionally, individual characters don’t just have special abilities, but they are pre-loaded with specific power-ups, so a trickster character will be more inclined to get items that negatively impact other racers, or a defender might get more defensive items. On top of that, each power-up can be charged in order to perform a different action! More than any other racing game I can think of, character choice in Disney Speedstorm is closer to picking a character in a MOBA game.

Also, we really should reiterate how important the Disney and Pixar game elements are. The feedback we have gathered from Closed Beta players has been really positive, especially towards the audio and graphics elements of the game. From the gameplay to the remixes of popular Disney songs to the incredibly dynamic racing tracks, there is a lot to love!

Lastly, thanks to being a live service game and offering seasonal content, players will have access to regular new content via updates and season passes. New Disney and Pixar racers will be added regularly to Disney Speedstorm, bringing special skills for you to master (or overcome) and unique tracks to pump fresh strategy into the mix. Support crew characters, environments, customization options, and collectibles will also drop in regularly, so there’s always more to experience.