That's a shell of an update! 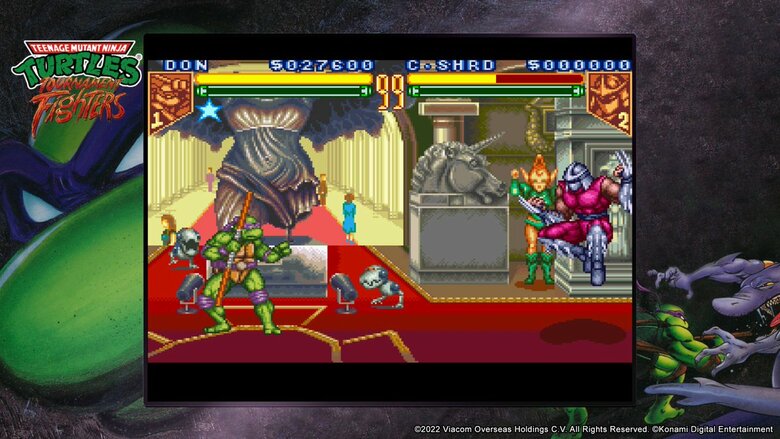 TMNT: The Cowabunga Collection is coming to Switch on August 30th, 2022, and it’s the ultimate collection of classic turtles games. Plenty of your favorites from decades gone by are packed in here, including TMNT Tournament Fighters.

Konami previously announced that TMNT Tournament Fighters would include online play, letting fans take the fight online for the first time. Now Konami has revealed that they’re going the extra mile, as this online multiplayer component will utilize rollback netcode.

For those wondering, rollback netcode, according to CulturedVultures, effectively manages latency issues and improves the online multiplayer experience for fighting games. Both of the player inputs are viewed as local, similar to being offline, with the opponent being viewed as a remote player. Instead of the game waiting to receive your opponent’s data, the local machine will attempt to predict your opponent’s next move. When the prediction is accurate, the game will continue playing smoothly. If the machine’s guess is wrong, it will simply shift to the appropriate gameplay state.

This should make for a very smooth online experience in TMNT Tournament Fighters. We’ll all find out if that’s the case when TMNT: The Cowabunga Collection launches August 30th.