We Are OFK, a story-based adventure game based on the indie pop band OFK, was first announced for Switch during Nintendo’s May 2022 Indie World Showcase. At the time, we were only given the vague launch timeframe of Summer 2022, but now we know the exact release date: August 18th, 2022. This is when We Are OFK will be available digitally from the Nintendo eShop, but iam8bit has shaken things up by announcing a physical edition of the game too.

Exclusive to the iam8bit’s webstore, the physical edition of We Are OFK is now available for pre-order, priced at $34.99 USD. All five episodes of the game, as well as their accompanying music videos, are on the cartridge, and the box-art will feature a reversible coversheet. A 3D Papercraft of the cat from the game, Debug, will also be included. Shipments are planned for sometime in Q3 2022.

If you’re feeling musical, iam8bit is also offering pre-orders for a We Are OFK 2xLP vinyl soundtrack for $41.99 USD. It includes OFK’s entire debut EP, exclusive OFK acoustic tracks, and select tracks from We Are OFK’s original score. Shipments will be in Q1 2023. 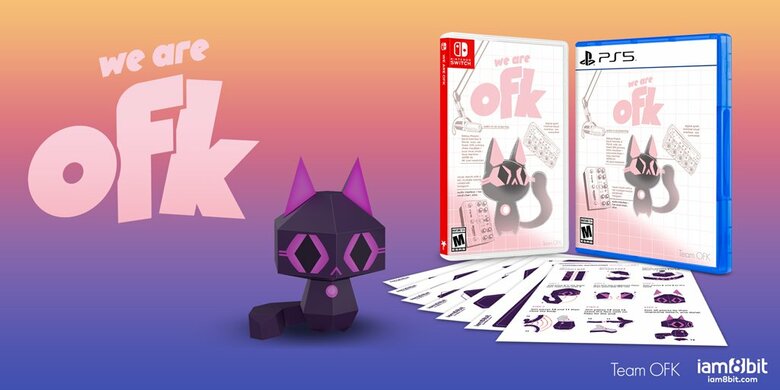 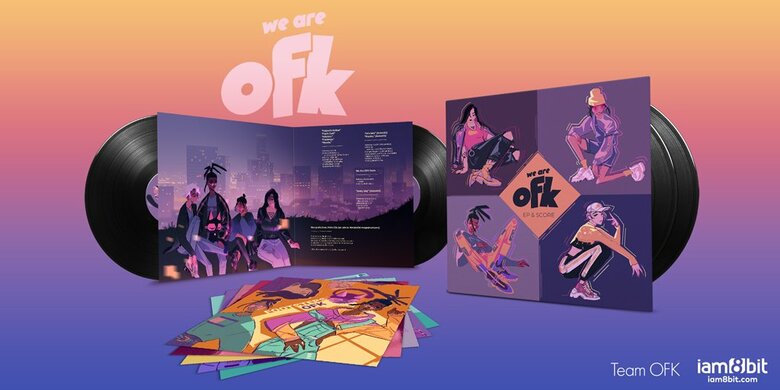