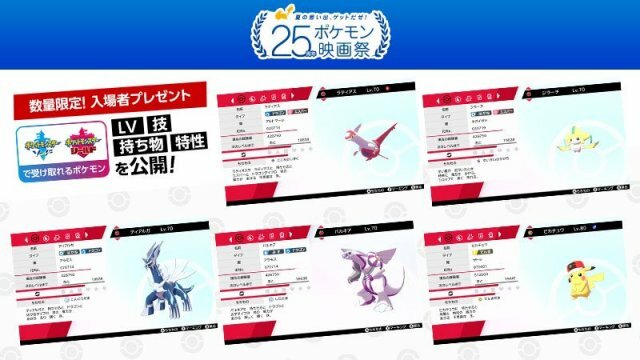 Did you know that Pokémon Co. is hosting multiple anniversary showings of classic Pokémon movies in Japan? Not only can fans head to theaters to relive some of their favorite movie moments, they can also leave with some special Pokémon distributions for Pokémon Sword/Shield!

Those who head to the theaters through the following dates will be able to snag serial code distributions for the following Pokémon.