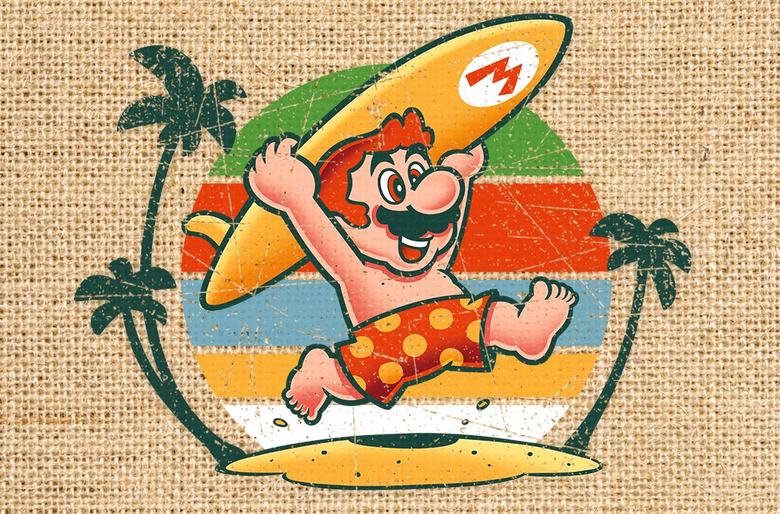 When Nintendo was promoting Super Mario Odyssey, they revealed a screen that drove the collective internet wild. Nintendo showed off a shirtless Mario with his nips on full display. There’s nothing wrong with that at all, of course! It was just surprising to see Mario like this, as it was something we hadn’t really seen before.

In the years following, Nintendo released another Summer promo image that sported a shirtless Mario, but the nipples were gone. At that time, it looked like Nintendo had a change of heart after the reaction to the Super Mario Odyssey debut. Fast-forward to August 2022 and it looks like Nintendo has changed their mind again.

As you can see above, we have yet another new image of Mario in the Summertime, and his nipples are back in full effect. Sure, they may be more modest than ever now, but there’s no denying their existence! We don’t know what led to this decision, but man, what I wouldn’t give to be a fly on the wall for these conversations inside the walls of Nintendo.

Does any of this matter in the grand scheme of things? Of course it doesn’t, but that doesn’t make it any less fun to talk about!