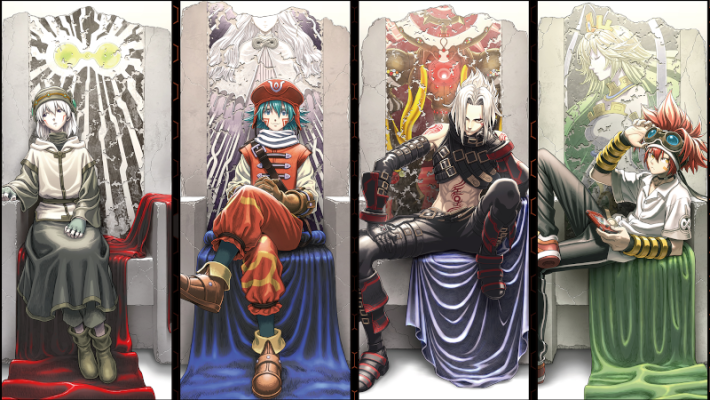 It literally took decades for Nintendo fans to have a crack at the .hack series, but thankfully the Switch made it possible. You can pick up .hack//G.U. Last Recode on Switch right now, which includes Rebirth, Reminisce, Redemption, and Reconnection in a single integrated experience. That release gives us an excuse to talk about all things .hack, including a special exhibit in Japan!

An art exhibit celebrating the 20th anniversary of the .hack series has just opened its doors in Japan. The .hack//20th Anniversary Exhibit can be found on the 7th floor of the Yurakucho Marui mall in Tokyo, Japan, and it’ll be open for all to see until Aug. 28th, 2022. The exhibit features artwork and more for the .hack game and anime series.

It’ll cost 1,100 yen to enter the exhibit, but couching up the cash will net you an illustration paper to take home. You can also spend some more of your hard-earned money at the exhibit store, which is jam-packed with .hack merch. If you spend 2,000 yen on merch, you’ll get to take home a bonus greeting card for free.