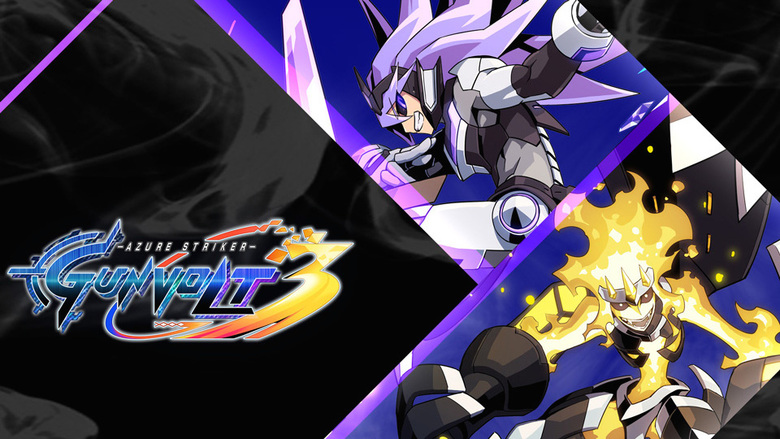 It’s a bit of a good news/bad news situation with Azure Striker Gunvolt 3 today, but I’d say the good heavily outweighs the bad. Let’s start with the good news, shall we?

Now for the bad news. Unfortunately, due to production delays, English voiceovers for this content have been pushed back. The English dubbing will be added into the DLC at some point later this year. Inti Creates has apologized for the issue, although I think most fans will be more than understanding about the situation.

Also, a quick note about Azure Striker Gunvolt 3 in general. The game has now been updated to Version 1.0.2, and this update allows save data from the demo version to be carried over to the full game.