A year of incredible fun! 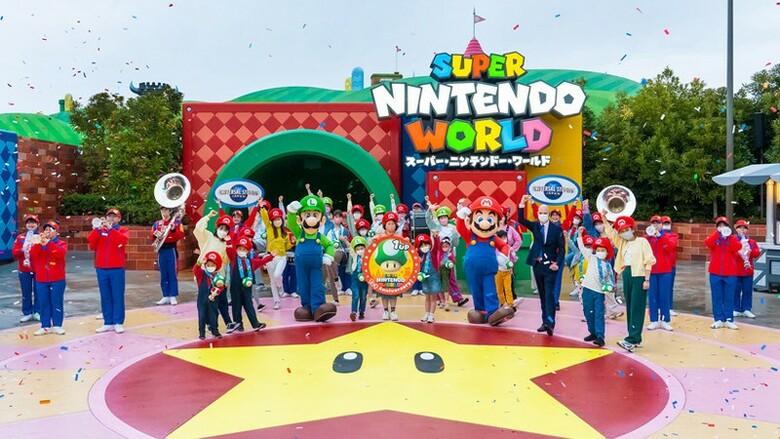 Back on March 18th, 2021, Nintendo and Universal Studios opened Super Nintendo World in Japan. The park opened a bit later than expected, but what followed was a fantastic year of Mario-themed rides, food, merch, and fun!

To celebrate the 1-year anniversary of the park’s opening, a marching band performed the Ground Theme from the original Super Mario Bros., and CEO of Universal Studios Japan, J.L. Bonnier, made a presentation thanking fans for their support.

In honor of the anniversary, anyone going to Super Nintendo World until March 31st, 2022 will be able to get a limited edition first anniversary sticker, and Power Up Bands will grant access to special stamps while at the park.

Lastly, Universal Studios Japan is hosting a Twitter contest that’ll grant winners access to the park for free. Entering the contest involves guessing the correct amount of 1-Up mushrooms in a specific image.