We first heard word in April that Motorsport Games was working on a sequel to NASCAR Heat Ultimate Edition+ following its apparent success on Switch. Now, the racing game developer/publisher has announced full details on the new project. Planned to be exclusive to Nintendo Switch, “NASCAR Rivals” will be released physically and digitally on October 14th, 2022. Priced at $49.99 USD, pre-orders will begin next week on August 24th, when the first gameplay footage will be shared. Check out the reveal trailer above and additional details on NASCAR Rivals below via the press release.

“NASCAR Rivals is Motorsport Games’ latest racing experience that meets fans where they are, giving real-life drivers and NASCAR fans alike the ability to take it on the go,” said Dmitry Kozko, CEO of Motorsport Games. “As we continue to work alongside NASCAR to grow its gaming franchise, we’re excited to give players the opportunity to out-do themselves on the track wherever they are thanks to the Switch’s portability.”

Players have the opportunity to compete and race in a variety of different modes in NASCAR Rivals, with something for everyone. ‘Race Now’ will allow players to select any driver/team and race at any track on the 2022 NASCAR Cup Series circuit. ‘Career Mode’ gives players the chance to create their own legacy in the sport by either joining an existing team or creating one of their own, customizing their driver in the process. ‘Challenges’ will put players into scenarios inspired by real-life on-track events to see if they have what it takes to complete the challenge.

NASCAR Rivals is all about finding rivals on the track or on the go with several ‘Multiplayer’ functions presenting users with plenty of options for challenging others on the track. Players are able to race against their friends using the Nintendo Switch Joy Cons in ‘Split Screen’ mode or race online against 15 other players anywhere in the world with the online ‘Multiplayer’ feature. New to the game is the ‘Local Multiplayer’ feature in which players are able to race against up to seven other players on a local network.

The latest Nintendo Switch game from Motorsport Games will offer drivers the opportunity to create custom and unique schemes utilizing the enhanced ‘Paint Booth,’ which gives fans a host of customization options. Unique driver avatars can also be created with a variety of appearances, sponsor logos and more.

NASCAR Rivals was developed by Motorsport Games to ensure fans are able to embrace the intensity and thrill of NASCAR to the fullest degree with heightened accessibility through Nintendo’s portable Switch console. Fans now have the ability to take NASCAR with them and compete against their rivals anywhere they go, be that at the racetrack, at home and everywhere in between. 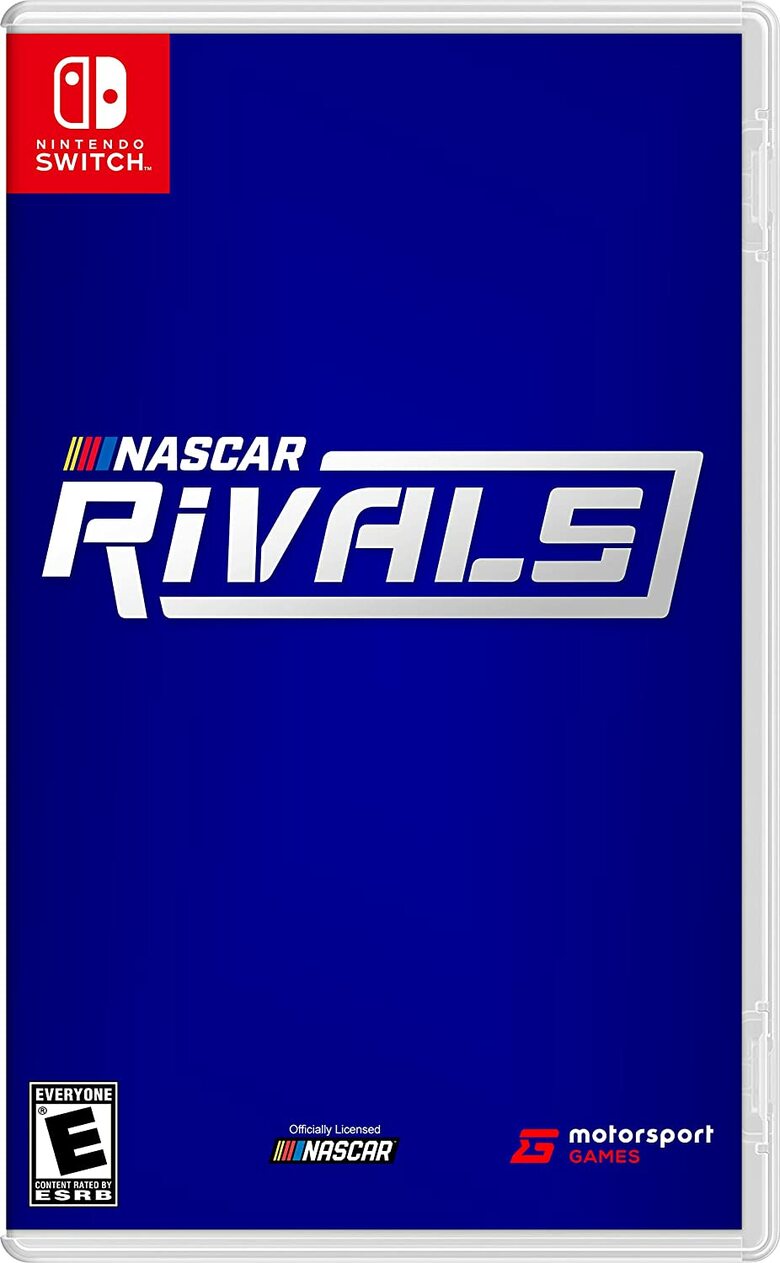