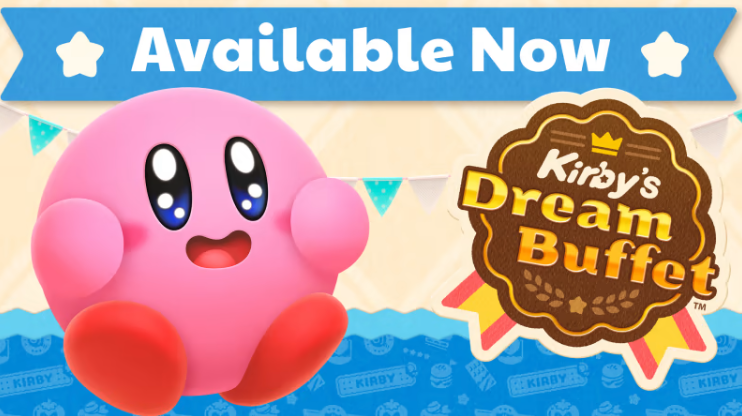 Just a tad over a month ago, Nintendo revealed Kirby’s Dream Buffet out of nowhere. Nintendo didn’t save up the announcement for Direct or anything like that, and instead just dropped a trailer on YouTube and announced the game via social media. Here we are, a month+ removed from the game’s reveal, and it’s already available to purchase!

Roll through a smorgasbord of food-themed stages in 4 rounds of 4-player* fun as Kirby…who seems rounder than usual? Race through delicious obstacle courses to collect strawberries as Kirby grows. Then, turn the tides in the final round—a fruity fight atop a floating platform.