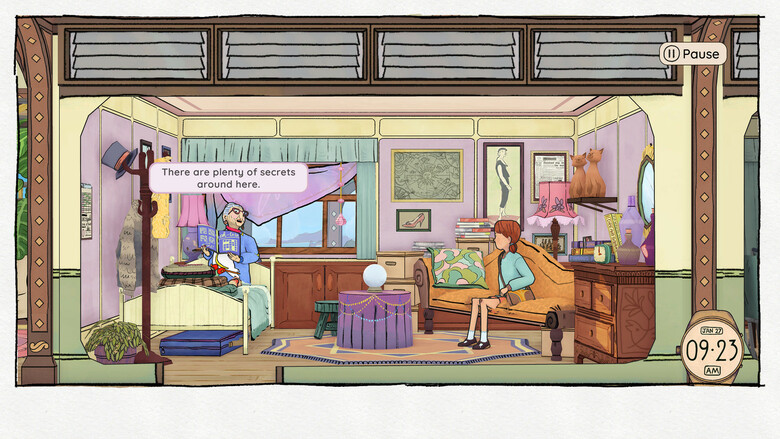 Developer Ghost Pattern has been working hard on Wayward Strand, their real-time narrative game heading to Switch on Sept. 15th, 2022. In advance of the game’s release, the dev team has shared a very detailed look at the work that’s gone into Wayward strand, including early design docs, screens, and more.

Wayward Strand follows 14-year-old Casey as she spends the last days of summer break aboard the floating airship-turned-hospital her mother works at. As an intrepid journalist, she is intrigued by the unique patients, staff and visitors as well as the ship itself. The game unfolds in real-time, with characters acting of their own accord, independent of Casey.

Want a closer look at everything that’s gone into Wayward Strand? Check out the feature below, which includes a gallery of never-before-scene assets, plus info on the development process right from Ghost Pattern themselves. 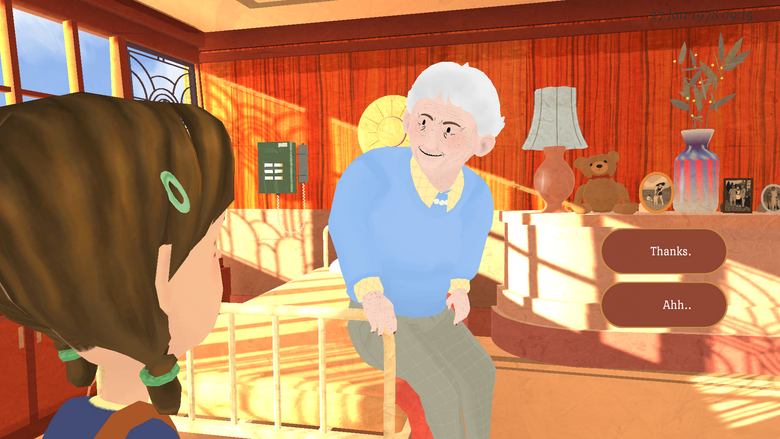 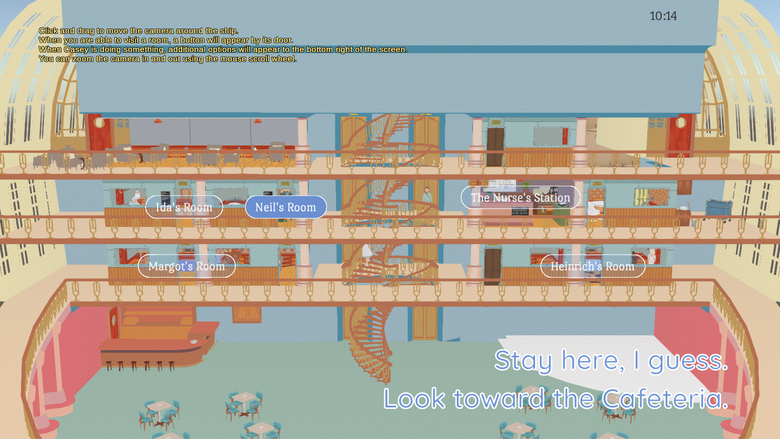 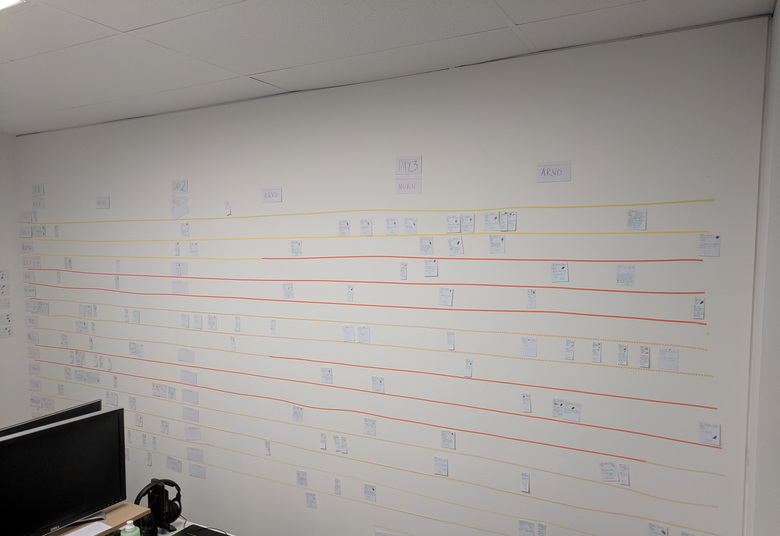 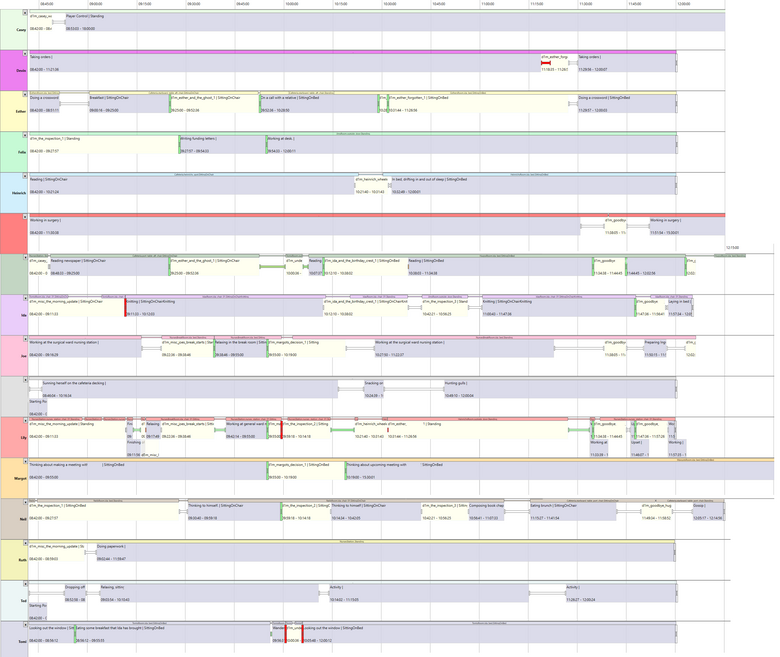 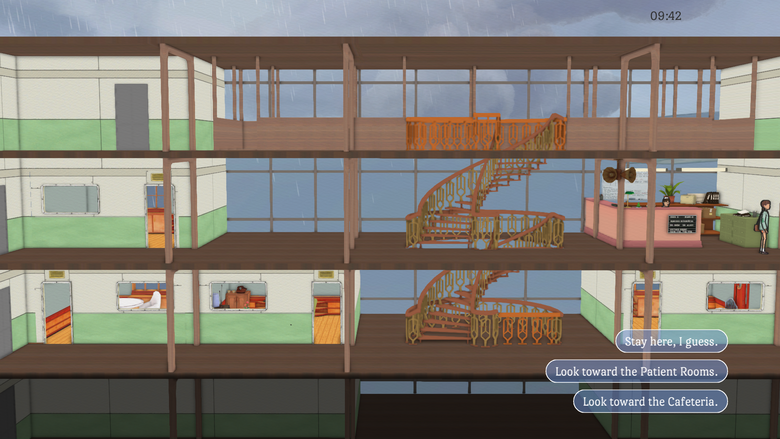 Heavily inspired by immersive real-world theatre and slice-of-life comics, Art Director Marigold “Goldie” Barlett notes, “interactive theater is extremely ripe for writing and including vignettes of everyday life. There’s a lot of space and area to tuck those moments in amongst the larger plot points and knots of storylines”. Creatively and technically, this method of storytelling presented endless challenges throughout, leading the team to create new tools, implement real theatrical techniques and invent new processes that are being shared for the first time.

Decentralizing the narrative from the main character is a rarely-explored, experimental area of video games. Narrative Co-Directors Jason Bakker and Georgia Symons explain how they approached equality in multilinear storytelling — “each character has as much potential to ‘move the story forward’ as the player does, through whatever actions they decide”, says Jason. Thematically, this makes sense given Casey’s place in the world. Georgia elaborates, “It seems to be taken for granted by many game designers that NPCs should sit around waiting for the player to arrive before doing anything. Our main character is a 14-year-old-girl in 1970s regional Australia. She does not have god-like agency, and so why would we design a game where the player piloting her does?”

The biggest shift in the game’s direction over the course of development was in the camera placement and spatial design. At first, Ghost Pattern envisioned a single-story, 3D environment with carefully planned camera placements to feel as if each scene was like a frame from a comic book, but due to the nature of simultaneous storytelling, this was changed.

Goldie explains, “it was cool, but meant that often the cameras locked in quite tightly to a scene, which meant that players were not able to see the action of the hospital living around them as often as we’d have liked. Now, we have a version which matches the simultaneous nature of everyone’s busy schedules, and which helps the player to keep better track of which character is where, when, and with whom, all while being reminded that they’re in the sky, on a ship.”

Audio Director Maize Wallin says of the pivot, “I think this change to a side-on view is one of the key experiential differences.This side-on doll’s house view makes it much clearer to the player that there’s constantly things happening around them”. Originally, the setting of the ship was made to be “sliced” in half widthwise, or “down the barrel”. Ghost Pattern worked with Su-Yiin Lai, an architectural consultant to come up with the final lengthwise designs.

The decision to tell Wayward Strand as simultaneous, overlapping stories was made early, so writing these several diverse personalities at once, at the same time, was no doubt tricky, yet Goldie says “it was fun! Often I’d have a conversation with someone - my mum or an aunty or a friend, and they’d tell me some story about someone they once knew and I’d think to myself ‘that is SUCH an Esther thing to do’.” Jason adds that this storytelling method, “allows each character to have quiet moments, time to themselves. Each character can be the centre of attention for a bit, then the player can follow them as they return to their rooms, and be with them as they process what just happened.” Much like real, living breathing people do.

Early draft of the schedule for the game’s first day, in ghost pattern’s custom-built scheduling tool

Not only was the writing and delivery of the plot collaborative and simultaneous, so too was the capturing of approximately 18k lines of voice dialogue - over the course of six weeks the team spent 30 days in recording sessions with their actors, across four studios around the world. This is the equivalent of about eighteen feature-length movies. Wallin recalls, “we designed and rehearsed the entire process of taking actors through the script, as well as how to direct and record them on the day.” Described fittingly as a massive undertaking, Maize continues, “it’s been a big learning curve, but we’re pretty proud of how we’ve managed to get the systems together. We also have some music that is diegetic and even intra-diegetic!” The key to success? Maize concludes that, “having such a cohesive team of narrative direction, programming, technical audio, and audio engineering, voiceover audio specialists” made it all pos