Can you keep a poker face about this leak? 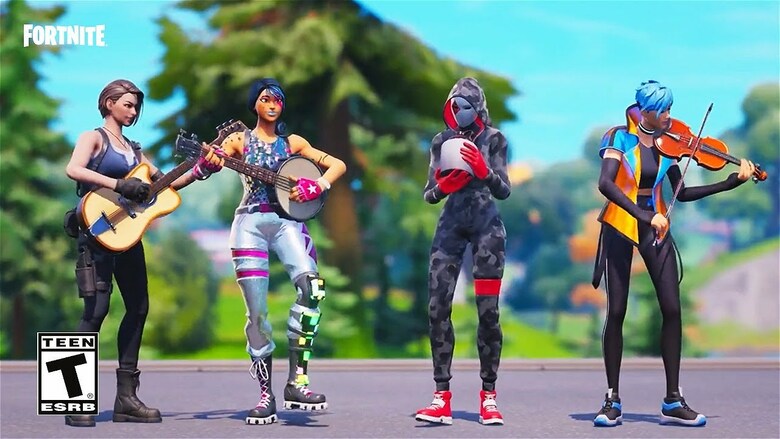 We have a little bit of fact and some speculation with today’s Fortnite update. First off, Fortnite has been updated to Version 21.50 today. Here’s what the update brings to the game.

A samurai in life and a phantom in the afterlife, stealth is no stranger to Phantasm. In the upcoming Shadow of Phantasm Week, the Suppressed Assault Rifle, Suppressed SMG, Shadow Bomb, and Shield Bubble will be unvaulted! Complete special Quests for XP while using these items that are back with a vengeance. Shadow of Phantasm Week starts August 30 at 9 AM ET and ends September 7, 2022, at 9 AM ET.

The Shield Bubble may not be stealthy… but it’s a futuristic fit for futuristic samurai. Be warned: it can’t shield against a Kamehemaha!

Even though the Fortnite x Dragon Ball “Power Unleashed” Quests have ended, Capsule Corp continues to send deliveries! The Kamehameha and Nimbus Cloud (Kintoun) items are still on the Island, just at a lower rate of appearance.

IMPOSTORS HEADS TO THE VAULT

In the v21.50 update, we’ve vaulted the Impostors playlists as our teams shift focus to other Fortnite projects. We want to extend a thank you to everyone who’s trusted, betrayed, and of course, Peely Party’d together during its limited release.

Also, we’ve added Impostors Prefabs and Prop Galleries in Creative for you to create and play your own experiences!

Fixed an issue in which the Health and Shield bars would not correspond with the actual value remaining after taking damage.

Fixed an issue in which the Kamehameha would refill to three full charges when dropped by an eliminated player.

The “Dedicated Button” fire mode option on mobile is now working correctly. Unchecking the option will now automatically hide the dedicated fire button in-game if the context allows it.

If the equipped weapon/item doesn’t support the currently selected fire mode (for example: a melee weapon can’t autofire), the dedicated fire button will still be displayed

As with every Fortnite update, dataminers dug in right away to see what they could find. They came up with a brand-new emote called ‘Jug Band,’ which you can see in action. Give it a close listen and you might hear a tune that’s quite familiar.