Steel Empire heading to Switch in 2023 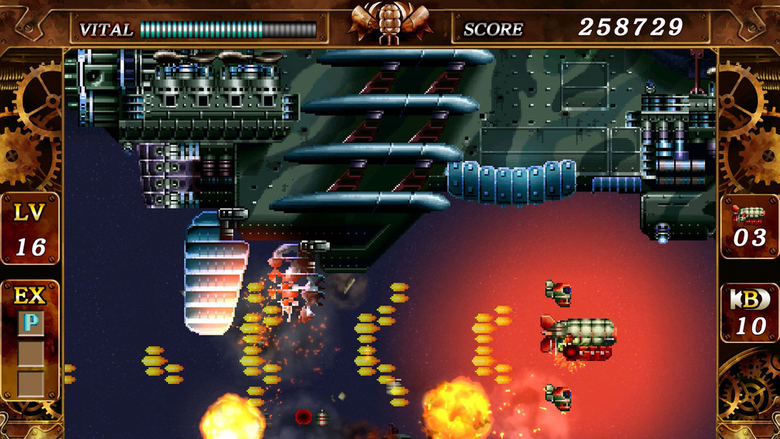 You might remember that the punk shmup Steel Empire made its way to 3DS all the way back in 2014. If you missed that release, you’ll soon have another chance to check the game out. Publisher/developer Mebius has announced that they’re bringing Steel Empire to the Switch, and it’s set to arrive at some point in 2023.

Steel Empire is a steampunk shoot ’em up featuring a frantic combat filled with powerful enemies and insane obstacles. Enjoy a beautiful world and retro game-play as you dodge and shoot your way through classical stages. Choose one of four difficulty settings according to your set of skills and fight the evil empire! See how well you did using the Replay Mode and show your worth by getting all achievements.

Choose to fly one of two classes of fighter aircraft: the Etopirica (ET-02R), a small and a fast plane, or the Zappellon, a slower but more resistant zeppelin. You fly in only one direction, but you can fire from behind as well as ahead. Levels are divided into a few stages to complete, each with their own boss before moving onto the next level. After a level is complete, you can change your craft, watch a replay, continue the game in your current craft, or save your progress.

No details have been shared on any tweaks or updates being made for the Switch release of Steel Empire. We’ll have to wait on those details, which should be shared sometime during TGS 2023.