I knew this event was coming 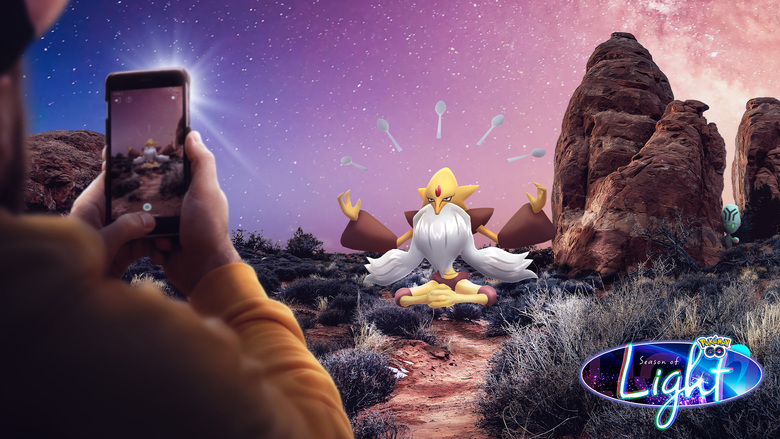 Niantic has announced yet another bit of exciting news for Pokemon GO Fans. Starting September 6th, 2022, Mega Alakazam will make its Pokémon GO debut in Mega Raids, the Mythical Pokémon Deoxys will be appearing in raids, and more. This is all part of the Psychic Spectacular event, and you can get full details on it below.

Mega Alakazam will make its Pokémon GO debut in Mega Raids! If you’re lucky, you may encounter a Shiny one! Evolve Kadabra (Abra’s Evolution) or catch Alakazam in raids during the event to get an Alakazam that knows the Charged Attack Psychic.

-Trainer Battles: 90 Power and a chance to lower the opposing Pokémon’s Defense - Gyms and raids: 90 Power

The following Pokémon will appear more frequently in the wild. Also, for the first time in Pokémon GO, you’ll be able to encounter Shiny Elgyem—if you’re lucky!

The following Pokémon will be appearing in raids.

As part of the Psychic Spectacular event, we’re holding a special Raid Day to celebrate the Mythical Pokémon Deoxys! Deoxys will be appearing in Five-Star Raids in all of its forms—and if you’re lucky, you may encounter a Shiny one!

The following Pokémon will hatch from 7km Eggs.

The following Pokémon will be available to encounter when you complete Field Research tasks.

Timed Research focused on Curveball Throws will be available throughout the event! Complete the research to earn multiple encounters with Elgyem.