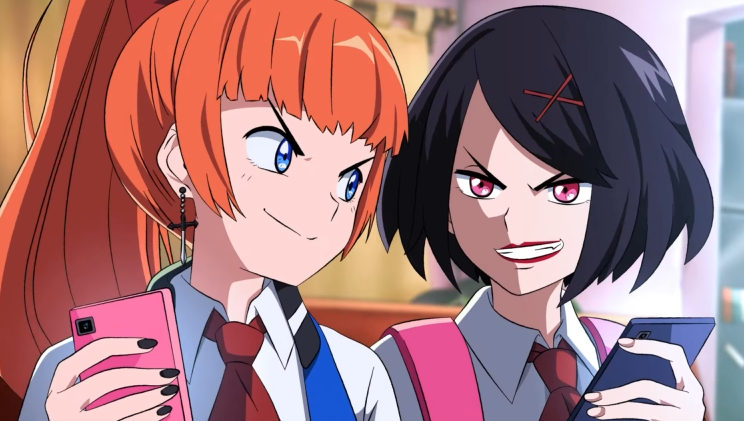 Just yesterday, WayForward released a new trailer for River City Girls 2 that showcased a handful of the villains we’ll come across in the game, and it also revealed 4-player co-op. Today we have yet another update on the game, and this one breaks down some story details, and shares more insight into 4-player.

In River City Girls 2, crime lord Sabu breaks out of prison to avenge his daughter Sabuko’s humiliating defeat at the hands of Misako and Kyoko in the first River City Girls. He immediately seizes control of River City and makes life miserable for the heroines, kicking them out of school and turning the town into a lawless battlezone. Sabu’s efforts to restore his family name are aided by his snarky adopted son Ken (previously seen in River City Girls Zero) and an army of underworld hoodlums led by tech expert Tsuiko, strength-enhancing chef Primo, and magic-wielding witch Blaire. Sabu’s dominance is all but assured — will Misako, Kyoko, and their allies be able to fight back? More importantly, will they be able to travel across town to buy the latest hit video game??

Fortunately, players will have numerous ways to even the odds, not the least of which is the game’s newly revealed four-player co-op mode. With up to four players taking control of Misako, Kyoko, Kunio, Riki, Provie, and Marian for maximum combo-filled carnage, the action has never been wilder or more intense! Other ways for players to turn the tide in their favor include new weapons (such as a saxophone, molotov cocktails, and even a sofa) and new elemental attacks that inflict extra hurt on foes. Many new accessories and food items can be obtained from more than 40 shops to power-up characters as well.